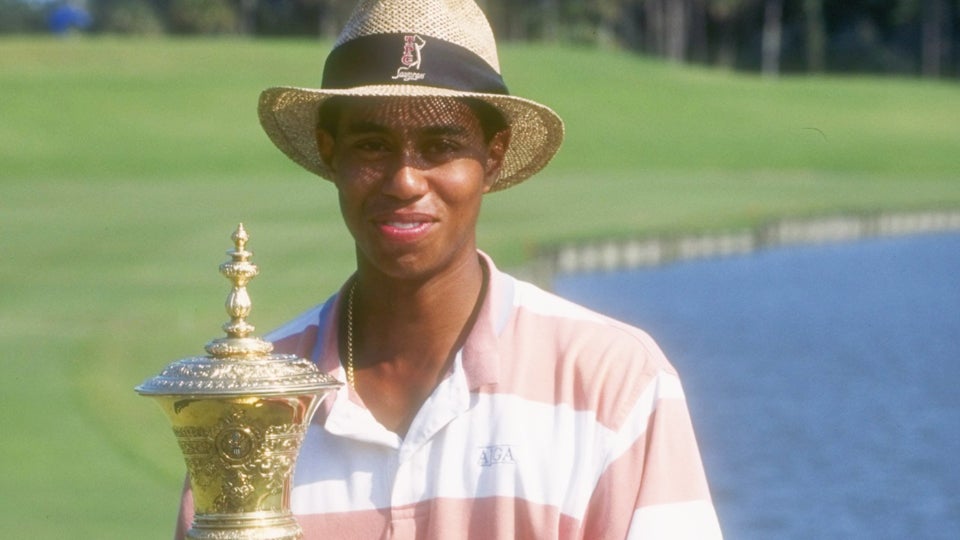 “That boy almost gave me a heart attack,” Kutilda Woods said later, referring to the drama her son stirred up on the 17th hole at Sawgrass, the second-to-last hole of the 36-hole match-play final that decided the 1994 U.S. Amateur.

Faced with a far-right pin on the famous island green, having scraped back to all-square in a once lopsided match, Tiger took dead aim, only to push his 9-iron a fraction. In its agonizing arc, the ball flirted with the water but landed on the fringe, to the right of the flagstick, then sucked back, pin high, onto the collar. When his 14-foot bid for birdie dropped, Tiger pumped his fist and his mother’s heart resumed its thumping.

For most of the match, big-hitting Trip Kuehne, a junior at Oklahoma State, had played the part of Tiger-tamer, scorching Sawgrass with a morning 66 and surging to a 6-up lead after only 13 holes. Woods was still 5 down with 12 holes left, and 3 down as they turned for the final nine, but he clawed back, pulling even with a birdie on 16.

Few stages are more striking than the 17th at Sawgrass, and Tiger seized it, snatching victory from defeat for the first of his record three-consecutive U.S. Amateur titles. He was just 18, a Stanford freshman-to-be, the youngest player to ever win the oldest amateur championship in this country. Looking back on this moment, you can see he was still only a teen — the fist-pump and the fierce expression look familiar, but at the time, we were just getting to know him.