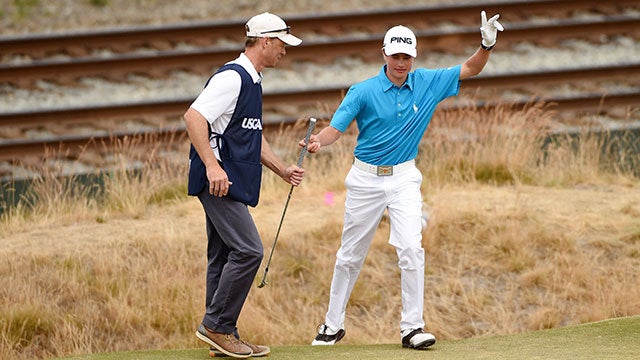 Cole Hammer finished his first round of the U.S. Open at 7-over par.
Getty

Cole Hammer, the teenager who qualified for the Open via a sectional qualifer, finished with a seven-over 77. Woods was three shots back with a 10-over 80.

Here’s how their match would have ended up if they were playing head to head. Spoiler: HAMMER WINS!

1st hole: Hammer with the par. Tiger with a bogey. (Hammer 1 UP)

2nd hole: Hammer with another par. Tiger with a bogey. (Hammer 2 UP)