Tiger Woods to Play Masters Par-3 Contest With His Children 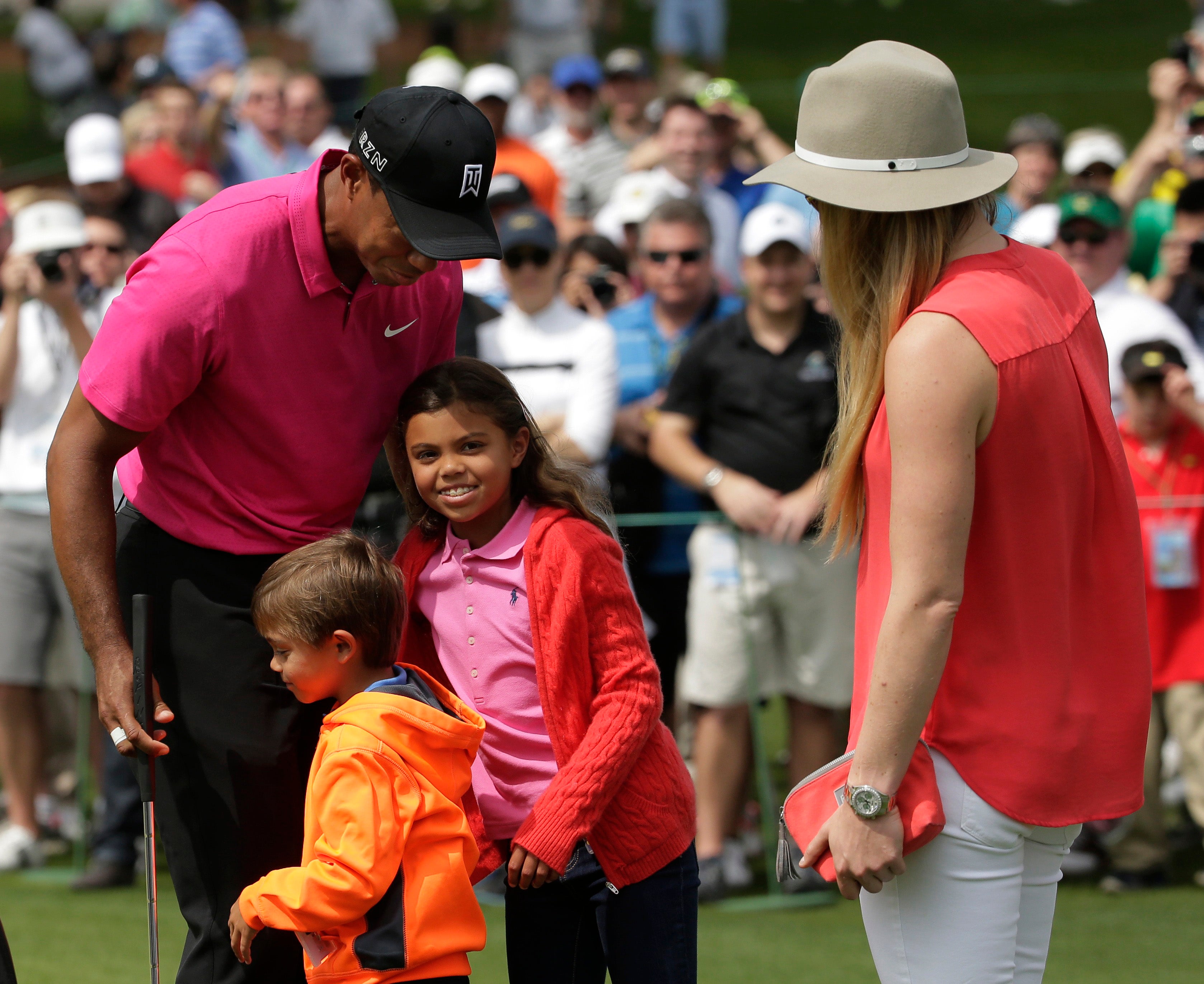 Lindsey Vonn watches as Tiger Woods hugs his children Charlie, left and Sam during a practice round for the Masters on Tuesday.
AP

For Tiger Woods, the 2015 Masters will be a family affair.

Woods will play the Masters Par-3 Contest on Wednesday for the first time since 2004, with his daughter, Sam, 7, and his son, Charlie, 6.

“My two littles will be out there with me,” Woods said Tuesday. “It’s special.”

Since 2004, Woods has declined to participate in the nine-hole event played on Augusta National’s par-3 course. Over the years, the Par-3 Contest has evolved into a beloved exhibition, with legends like Gary Player, Jack Nicklaus and Arnold Palmer competing alongside current players. Often the caddies are the players’ wives, girlfriends or children.

Woods has called the event “distracting” to his Masters preparation in the past, but always said he’d play again when his children were old enough to caddie.

ESPN will broadcast the Par-3 Contest from 3-5 p.m. Eastern on Wednesday. Woods will tee off with old pals Steve Stricker and Fred Couples at 2:48 p.m.