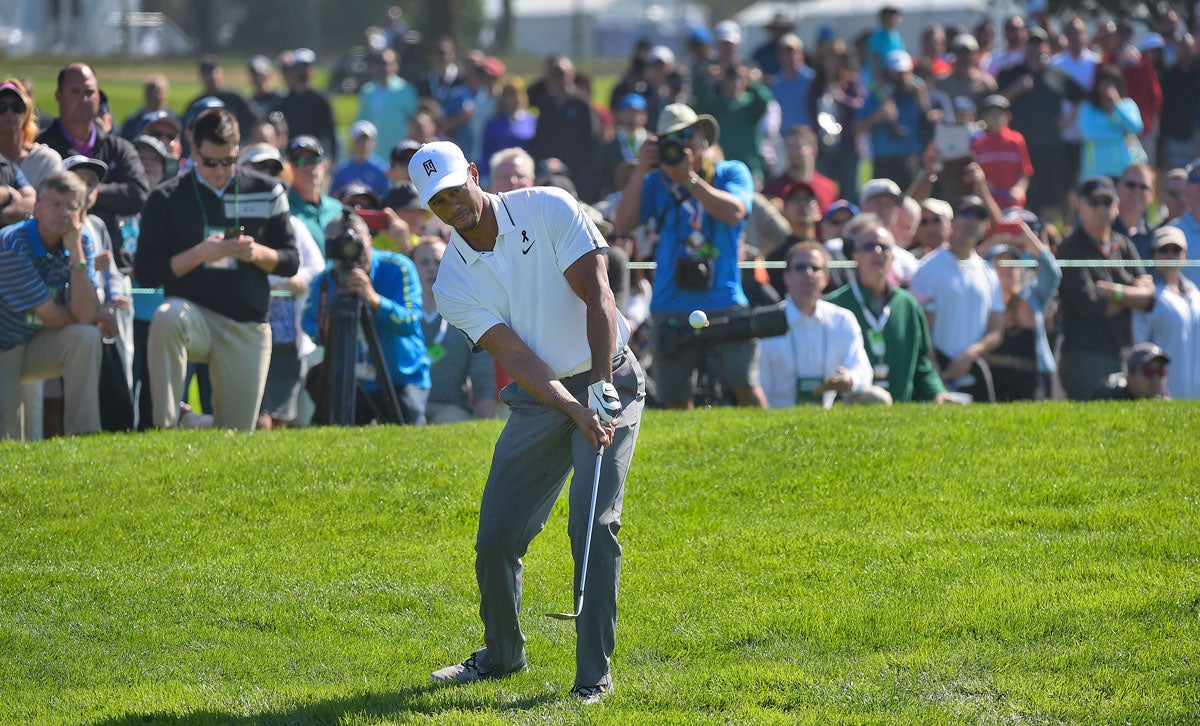 “When you pitch, all you do is just take it back and brush the grass,” Miller said during a conference call to promote NBC and the Golf Channel’s coverage of next week’s Honda Classic. “You don’t have to skull it or chunk it, you know. It doesn’t take a genius to just make a little arc and brush the grass and put it up there near the hole.

Tiger has said the rogues gallery of mis-hit chips and pitches he’s suffered through in his last three events are the result of being stuck in-between his Sean Foley-era swing and his less steep move under advisor Chris Como.

“The pattern that I was (using) with Sean is a totally different release pattern than I’m doing now,” Tiger said before playing earlier this month in the Farmers Insurance Open. “Then that affects the short game.”

“I think that’s a false statement,” he said during the conference call. “I don’t agree with that at all. I mean, chipping is chipping. To hit a solid contact on a 30-yard pitch, everybody does it the same way. That’s just how you get the ball up; keep it low, get it running, whatever.”