UPDATE: The hearing where Tiger Woods is expected to enter a diversion program for intoxicated drivers has been postponed.

The hearing has been moved to Friday instead of Wednesday as originally scheduled. No reason was given for the change.

In the diversion program, Woods will spend a year on probation, pay a $250 fine and attend DUI school along with other conditions.

Woods was arrested May 29 when officers found him unconscious in his parked Mercedes-Benz. A toxicology report showed he had the active ingredient for marijuana, two painkillers, a sleep drug and an anti-anxiety drug but no alcohol in his system.

FORT LAUDERDALE, Fla. — The diversion program for intoxicated drivers that Tiger Woods is expected to enter Wednesday is one of several across the country aimed at reducing the number of repeat offenders and backlogs of court cases.

The 41-year-old superstar golfer is scheduled to plead guilty at a court hearing to reckless driving, a less severe charge than driving under the influence, as part of a Palm Beach County, Florida, program that has graduated almost 2,500 first-time offenders since it began four years ago.

Deputy State Attorney Richard Clausi, who oversees the county’s misdemeanor prosecutions, said that less than 1 percent of the program’s participants have reoffended. He said the key has been getting offenders to take responsibility for their actions without requiring a trial and making sure they complete the program.

“It’s still early, but we think it has been a success,” he said. In the diversion program, Woods will spend a year on probation and pay a $250 fine and court costs. He also must attend DUI school, perform 20 hours of community service and attend a workshop where victims of impaired drivers detail how their lives were damaged. Since he was intoxicated with prescription drugs and marijuana, according to court records, he will also be required to undergo regular drug tests. At the hearing, he must show he has started the program. If he completes it, he can ask a judge to expunge the reckless driving conviction, but if he is charged again, he could be treated like a second-time DUI offender. He would not be again eligible for diversion and he could face possible jail time, a mandatory license suspension and stiffer fines.

Similar DUI diversion programs are offered in several other states, including Georgia, Indiana, Kansas, Louisiana, Oregon, Pennsylvania and Texas. Details vary and some, like Florida, let local officials decide whether to offer it.

Neither the National Highway Traffic Safety Administration nor Mothers Against Drunk Driving knew of any recent outside studies examining whether diversion programs are effective.

J.T. Griffin, MADD’s chief government affairs officer, said the organization supports diversion programs like Palm Beach County’s because for drunken drivers, it requires the installation of an interlock device, which checks the driver’s blood-alcohol content before the car can be started. He said studies show interlocks decrease recidivism among first-time offenders by 65 percent. 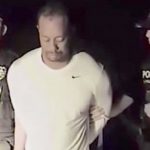 You may also like Report: Tiger Woods had pain, anxiety and sleep drugs in his system at time of arrest

“It is good for the public because 50 to 75 percent of drunk drivers are going to continue to drive, even on a suspended driver’s license,” Griffin said. “With an ignition interlock, they can keep driving but in a safe way and the hope is that they will learn their lesson.”

Woods was arrested about 2 a.m. May 29 when officers found him unconscious in his Mercedes-Benz, which was parked awkwardly on the roadside and had damage to the driver’s side. It’s not clear how he damaged the car. Officers checked the area but didn’t find that he had hit anything. He was about 15 miles from his home.

Woods had the active ingredient for marijuana, two painkillers — Vicodin and Dilaudid — the sleep drug Ambien and the anti-anxiety drug Xanax in his system but no alcohol, according to a toxicology report released in August.

Woods issued a statement in August saying he had been self-medicating for pain caused by his fourth back surgery and insomnia. He did not specifically address the marijuana issue. None was found in his possession.

“I realize now it was a mistake to do this without medical assistance,” Woods said then. He completed a drug treatment program in July. Woods’ attorney, Douglas Duncan, did not respond to phone calls and emails seeking comment about Wednesday’s hearing.

The DUI arrest was the first time Woods had been in trouble since Thanksgiving weekend 2009, when he plowed his SUV into a tree and a fire hydrant outside his then-Windermere, Florida, home. That led to revelations that he had multiple extramarital affairs, and a divorce from his wife Elin Nordegren, the mother of his two children. He spent 45 days in a Mississippi clinic where he was treated for sex addiction.

Woods’ 79 PGA Tour victories and 14 major titles both rank No. 2 all-time. He has not competed since February because of his back injury and is not expected to return this year. His last win was in August 2013.

Woods has said his back is improving. Even though he has been a non-factor on the PGA Tour, Forbes Magazine lists Woods as the 17th best-paid athlete in the world in 2017, making $37 million, almost exclusively from endorsements.