Tiger Woods Ranks as the World’s Second Most Marketable Athlete

It’s becoming increasingly rare to find Tiger Woods near the top of any sort of ranking. But in terms of marketability, the 14-time major champion hasn’t lost his touch.

According to a ranking of the world’s most marketable athletes released by the London School of Marketing, Woods is second to only Roger Federer. The list features the top 20 most marketable players and considers factors like social media presence, percent of income from sponsors and ability to attract advertising and sponsorships. 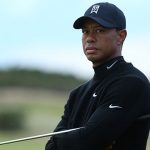 The top 20 includes three golfers: Phil Mickelson sits at No. 3 behind Woods and Federer, with Rory McIlroy No. 6 behind basketball superstars Lebron James and Kevin Durant.

“Sports stars are brilliant vessels for increasing brand awareness purely down to the sheer volume of people who watch sport,” said Jacques da Cock, faculty member at the London School of Marketing, told the Guardian. “Despite having passed their peak physically, Roger Federer, Tiger Woods and Phil Mickelson are kings.”