Tiger Woods Questions and Answers in the Van Cynical Mailbag 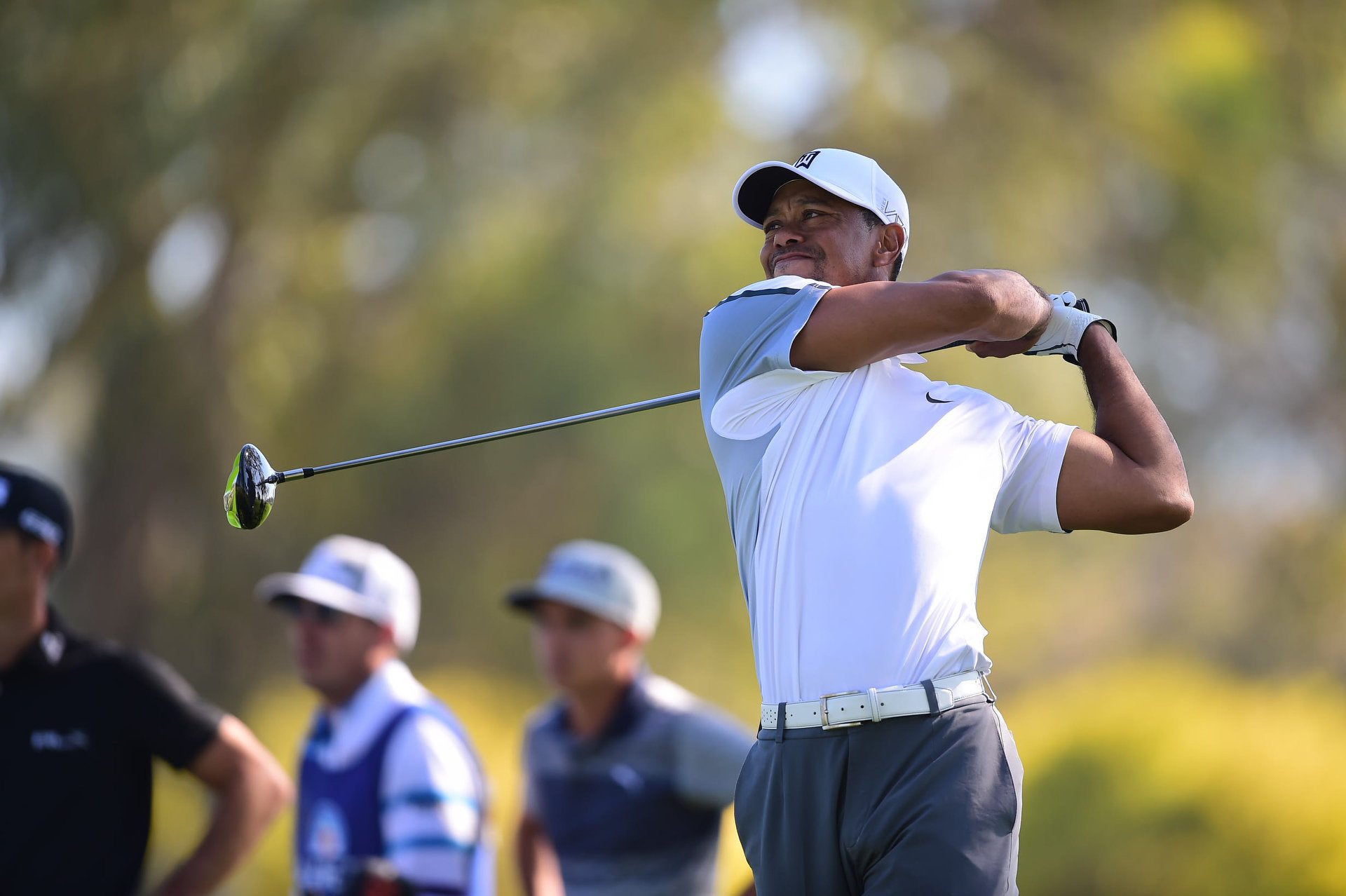 Tiger Woods celebrates after his hole-in-one at the 1997 Phoenix Open.
Robert Beck/SI

Tiger Woods as a topic of discussion? Shocking.

In case you missed it, a panel of experts convened on Golf Channel’s “Morning Drive” show Sunday to discuss Tiger and his future. This was a thoughtful and pretty insightful discussion, the kind of spontaneous production that only Golf Channel is positioned to pull off.

Here are a few excerpts (with my comments in italic):

Michael Breed: “I don’t think anybody that wins five times in one year and then all of a sudden can’t show up on the weekends of a major championship is dealing with something that’s a physical issue. I think it’s a mental thing.”

That’s an interesting viewpoint considering Tiger pulled out with a physical injury. I don’t disagree.

Brandel Chamblee: “We’ve seen Tiger Woods take four different golf swings to No. 1 in the world. I have no doubt he could come to the proper golf swing intuitively, and that’s what he’s missing. … He’s got so much clutter in his brain and so many conflicting thoughts.”

Has any great player used this many different swings? Paralysis by analysis seems like a definite occupational hazard. This is like trying to learn a fourth new language. There’s got to be chaotic spillover.

Breed: “Well, the first thing is you have to get to trust. Before you can be the artist, you have to believe that your ability to paint is at the level that it needs to be. I don’t believe he trusts himself, and so I don’t think he can paint.”

Blackmar: “You’ve got to have a feel for how to play a shot, and that comes from within. Tiger used to win with his C game. He didn’t need confidence in his game to win, he needs confidence in himself.”

I agree with both of these guys, but what comes first? How do you get confidence if you’re not able to hit the shots, whether it’s mental or physical? Make Tiger 100 percent healthy and I don’t think he’s having a big problem right now.

Chamblee: “In 2002, Tiger wrote a book, How I Play Golf, and in that book, in the very early part of that book, he said, I no longer guess with my golf swing. I can correct. I can self‑correct.”

We believed it then, he was so good. But Tiger probably had very little to do with the actual writing of that book. There’s a good chance he’s never read it, either. Haney’s book showed Tiger could not self-correct, that Tiger was just as insecure and needy as most golfers.

Diaz: “Something that’s very interesting is that Hank Haney, who was in a very good position to talk to Tiger about things like this, said Tiger was never obsessed with Jack Nicklaus, didn’t care that much about 18. We’ve always assumed that that was the primary motivator.”

I’ve heard that post-accident, Haney or someone asked Tiger about getting fired up to get off 14 wins and catch Jack and Tiger’s nonchalant response was, “No, I’m good.” Maybe Tiger did what he came to do. Mission accomplished.

Chamblee: “Look at champions that have had continued success all the way through their 40s and into their 50s, they had a marvelous partner, somebody to share the parental duties and take care of things at home. Tiger’s well‑documented breakup leaves him when he goes home as a solo parent, and from what I hear, he doesn’t have a nanny. He does it all himself. So he’s got conflicting responsibilities. On the one hand, you want to be a golfer, which is one of the most selfish endeavors there is.”

That’s a great point that most of us overlooked. Ben Hogan never had kids, basically so he could focus on golf. Jack and Arnie and the others had heroic wives. Tiger wants to be a good dad and it’s tougher to do that as a single in a custody arrangement.

Breed: “The most important thing Tiger can do is find conviction in what he does. When I watched Tiger at San Diego, he was not committed to what he was doing. So when I look at that guy, I look at a guy that doesn’t want to be there.”

After his chipping in Phoenix, why would he want to be there? And in Tiger’s position, he no doubt felt that if he pulled out of Torrey Pines, he’d be heavily criticized.

Chamblee: “He’s got catastrophic issues with his chipping. If that’s not the yips, I don’t know what it is. He’s 39 years old. That’s not old for a golfer, but that’s old for an athlete.”

The funny part was, Tiger’s putting looked pretty good. That’s what you expect to go first.

Williams: “We were presumptive in assuming that he would get four PGA Tour wins to surpass Sam Snead. Is that really in doubt?”

Diaz: “Yes, absolutely. Everything is in doubt because that short game is unsustainable. You can’t play the Tour with that short game. He’s walking around with a live grenade. Who would want to play with that? It’s going to happen, it’s going to be humiliating and it’s going to ruin your score, and there’s no upside. That’s why he had that body language. I think he just knew, I’m dead.”

Let’s dive into the Van Cynical Mailbag and see what anvil awaits as a landing place for my head, plus the inevitable more questions about Tiger:

Van Cynical, Once Tiger’s glutes are activated, will he be able to use them to buy goods and services wherever glutes are accepted?
–Capbozo via Twitter

Yes. And even better, Cap, he’ll be earning miles that he can cash in for a vacation to Orlando with the kids.

Vans, Any connection between yips and pods?
–Altenstadter via Twitter

You mean those alien pods (Invaders From Mars) who turn into you and take over your life once you fall asleep? Yes, that explains what has happened to Tiger. He’s an alien pod but with the chipping yips. I mean, what else could it be?

Sickle cell, Should we just forget about Tiger and concentrate on the Rorys and Rickies of this golfing world now?
–Paul Spencer via Twitter

While I’m all for you, P.S., concentrating on Sabbatini and Barnes, Tiger is actually a more interesting show now than ever before. In the past, it was just a question of how he was going to win. Now, we don’t know what to expect. Will he play well? Will he chunk another chip? Will he get hurt? His golf career has gone from one logical outcome — him winning — to an infinite variety of outcomes. There’s something about watching the best player in the world struggle with the game that finally allows us to relate to him in a small way. So, no, don’t forget about Tiger. What will he do next?

Van Cynical, What does a Tiger-Lite environment mean going forward for the Tour in terms of sponsorships, TV contracts, prize money?
–Bustinpar via Twitter

Van Customized, Not that he’ll ask me, but why wouldn’t a swing along the lines of Tom Weiskopf’s work for Tiger?
–Lionel Mandrake via Twitter

I agree, Rake, that neither Tom Weiskopf nor Tiger Woods is likely to ask you. A Weiskopf swing would look good on just about anyone. That said, wouldn’t Tiger’s 2001 swing work for Tiger? That stuff about changing his swing because it was hurting his knee, that was revisionist history to justify stiffing Butch Harmon. At this point, Tiger needs less mind clutter and probably not yet another new swing thought. But I’d watch a web channel that just showed Weiskopf swinging, absolutely.

Sick One, How about Gregg Popovich as the next Ryder Cup captain?
–Michael O’Connor via Twitter

What are you, nuts? We could lose the Ryder Cup with crazy ideas like that, man.