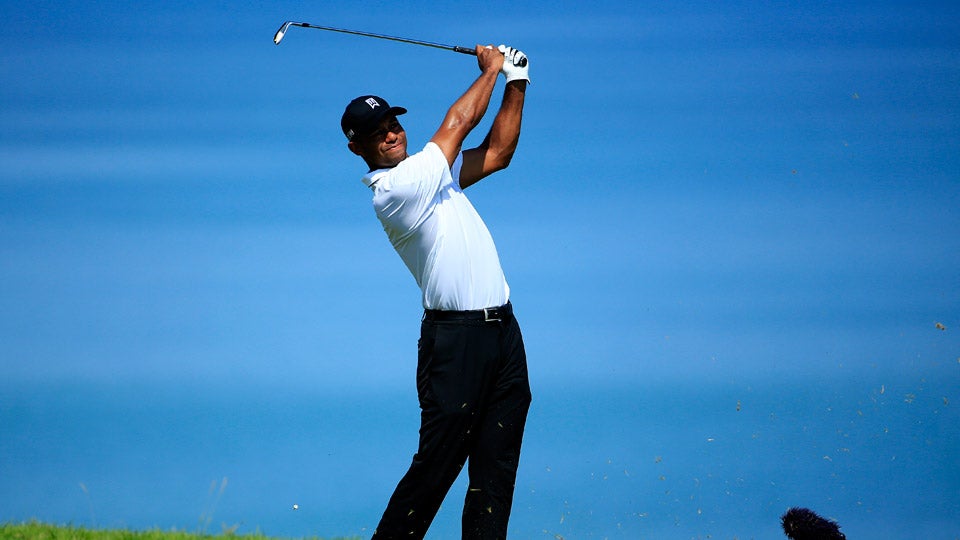 It’s official: Tiger Woods has withdrawn from next week’s PGA Championship and will not play in all four majors for the first time since 1994.

Woods has been rehabbing from multiple back surgeries all season and has not played an event in 2016. His last tournament was the Wyndham Championship in August 2015, where he finished tied for 10th. Replacing Woods at Baltusrol next week will be Harold Varner III.

When Woods announced his withdrawal from the U.S. Open in June, he said he was “not physically ready” for competition and was “making progress, but not ready.” One month later, he still is not ready for his return. Woods’s agent Mark Steinberg told GolfChannel.com that Woods will “continue to rehab and work hard to then assess when he starts play for the 2016-17 season.”

After the PGA Championship, there are still three regular-season events (Travelers Championship, John Deere Classic and Wyndham Championship) before the FedEx Cup begins. Woods is not qualified to play in the FedEx Cup. The first event of the ’16-17 season is the Safeway Open (formerly the Frys.com Open) on Oct. 13 in Napa, Ca.

Tiger Woods has withdrawn from the #PGAChamp. He was replaced in the field by Harold Varner III.

Woods has four PGA Championships, second all-time behind Walter Hagen and Jack Nicklaus’s five titles. In 1999, he won his second-career major at Medinah with a one-stroke victory over Sergio Garcia. In 2000, he defeated Bob May in a playoff after a memorable Sunday battle. He won his third PGA title again at Medinah in 2006 by five shots. He successfully defended his title the following year at Southern Hills in 2007.