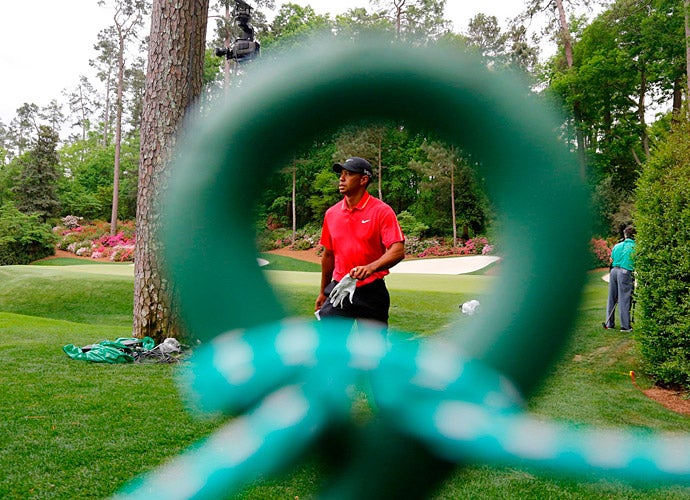 He already did the hard part. Over a span of two months between his WD at the Farmers Insurance Open and his 17th place finish at the Masters, Tiger Woods recommitted himself to the game, answering the question of whether he cared enough to even try to make a comeback.

“I worked my a__ off,” he said before the Masters began, and you could see it in his vastly improved, no longer yippy chipping and pitching.

Making that commitment isn’t easy, especially when you’re a single father to two little kids, and there’s no guarantee that you can play your way out to respectability again at age 39, and you’ve got so much physical and figurative scar tissue. But Woods did it. Good for him. 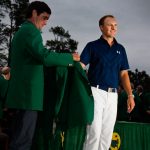 You may also like Mark Peterson at the 2015 Masters

So now what? Where does he go from here? When will he play again?

“Not going to be for a while,” Woods told CBS’s Bill Macatee after the final round. “I have a little time off, and go back to the drawing board, work on it again, and refine what I’m doing. I really like what I’m doing, I got my distance back, and everything is good.”

Well, maybe not everything.

The good news is he looked like the Woods of old last week, in spurts. He didn’t flinch over his pitch shot from well to the right of the 11th green on Thursday, the water waiting for him on the other side if he went long. He got up and down. His two straight sub-70 rounds Friday and Saturday were his first at Augusta since 2011. He hit the first page of the leaderboard.

Also good: Woods went from 111th in the World Ranking to 101st, a good start on the long road back. At least he’s going in the right direction.

The bad news is he is still ineligible to play in the WGC-Cadillac Match Play in two weeks, so even if he wanted to revisit TPC Harding Park, where he beat John Daly at the 2005 American Express Championship — Daly missed a three-foot putt on the second extra hole — he couldn’t.

The next tournament Woods will be expected to play is the Players Championship, May 7-10. Will he tee it up there? That depends on his definition of “a while.”

Just for fun, let’s say he will. Could Woods finish 17th or even higher at the Stadium Course at TPC Sawgrass? The short answer: No, he couldn’t, at least not if his tee-to-green game looks anything like it did Sunday. 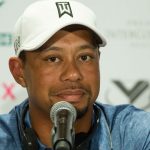 You may also like Augusta National 2015 Masters Infrared Photos

Augusta National is no one’s idea of a “tight” golf course. It is so wide open that even Phil Mickelson, no straight driver himself, has said it’s the one week a year that he lets himself swing as hard as he wants. And yet on Sunday, when he had an outside chance — he went into the final round 10 shots back — Woods somehow hit just two fairways in shooting 73. (He hit only eight of 14 fairways and yet managed to shoot 68 on Saturday.) He lost even more ground and finished 13 strokes behind the winner, Jordan Spieth.

Although it’s possible to play from the pine straw and through the big and plentiful gaps in the trees at Augusta, Woods knows what will happen if he is similarly wild at Sawgrass. Or, if he skips the Players, what will happen at the Wells Fargo Championship at Quail Hollow, May 14-17? Or at the Memorial at Muirfield Village, June 4-7? For that matter, he can guess what will happen if he brings that same scattershot approach to the U.S. Open at relatively unknown (but probably rough-choked) Chambers Bay, June 18-21. He will almost certainly miss the cut.

The best indicator of where Woods needs to go with his game now is not necessarily in the form of the likeable winner Spieth, although the young Texan wouldn’t be a bad guy to emulate at the moment, but in the similarly dressed guy Woods played alongside at Augusta on Sunday, Rory McIlroy.

While Woods hit just two of 14 fairways Sunday, McIlroy hit 10 for the third straight day. (He hit 13 of 14 on Thursday and finished T8 in that category for the week.) While Woods hit seven of 18 greens in regulation, McIlroy was 17 for 18. In short, Woods and McIlroy (66) looked every bit like the No. 111 and No. 1 ranked players in the world, respectively.

More galling still: Eyewitnesses say Woods was hitting the driver great on the range Saturday night. Having been injured for long stretches of the last seven-plus seasons, he may just need to play more tournaments.

Again, this is likely to test Woods’ commitment. Does he want to play more tournaments, as in the non-major, mostly non-memorable events that he has won 65 times already? They would help him, but does Woods know that? He may still think he’s the guy who can drop in out of nowhere and still win a major. In fact, last week might be all the proof he needs.

And even if Woods is all in, McIlroy, Spieth and the other young lions aren’t going to roll over. Woods may yet tighten up his long game as he has his short game, but there is every possibility that it simply won’t be enough.

Like Mickelson at the 2014 PGA Championship and now the 2015 Masters, Woods may defy father time and do everything right only to finish second. If it’s not McIlroy (PGA) or Spieth (Masters), the next major could be all about Jason Day, Dustin Johnson, Brooks Koepka or Patrick Reed.

In the end, all Woods can do is try his hardest, whatever that means to him. If the 2015 Masters was any indication, and God forbid any more tree roots or misfiring glutes, it looks as if he might have some try in him yet.