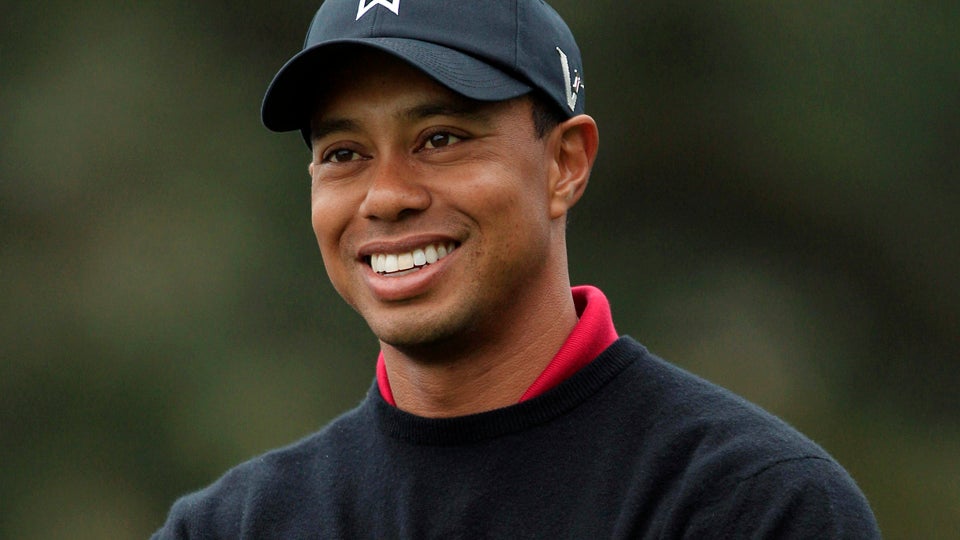 The first two months of Tiger Woods’s 2017 are filling up fast, and NBC-Golf Channel analyst Johnny Miller says it will be up to Woods to “break the ice” and relieve some of the mounting pressure.

“The hardest thing for Tiger is just the attention that he draws and the media coverage and the pressure that his unbelievable career has created,” said Miller during a Golf Channel conference call on Wednesday. “Let’s say he’s tied for the lead going into Sunday. It gets so amped up, what people expect, and it’s just hard.”

Miller added that he was “impressed” with Woods’s putting and iron play at the Hero World Challenge, where Woods made a field-leading 24 birdies over four rounds, and he also liked the slower tempo of his swing. But Miller said there are a couple of areas Woods needs to address to get back in the winner’s circle.

“If he wants to win, he’s got to get a dependable shot off the tee, like Dustin Johnson has gone to a cut or whatever he wants to hit that he can do in his sleep, and number two, he’s got to somehow — I still think he’s got the heebie-geebies chipping around the green, little pitch shots, and I’m not sure if he has a lot of confidence or not,” Miller said. “I saw a couple of mediocre shots in the Bahamas in that area. Those are the two areas, the driver, the expectation, and one other thing obviously is the chipping.”

On Wednesday, the Farmers Insurance Open (Jan. 26-29), Omega Dubai Desert Classic (Feb. 2-5) and Honda Classic (Feb. 23-26) all announced that Woods has committed to play their tournaments. He had previously committed to the Genesis Open at Riviera on Feb. 16-19 and is now scheduled to play four events in a five-week stretch.

Wood’s start at the Farmers will be his first on the PGA Tour since the Wyndham Championship in August 2015. He made his much-anticipated return at the Hero, an unofficial event, in December and finished 15th in the 17-player field, but showed many positive signs.

“You know, he’s going to be a lot of fun to watch,” Miller said. “He’s going to really help the TV ratings.”