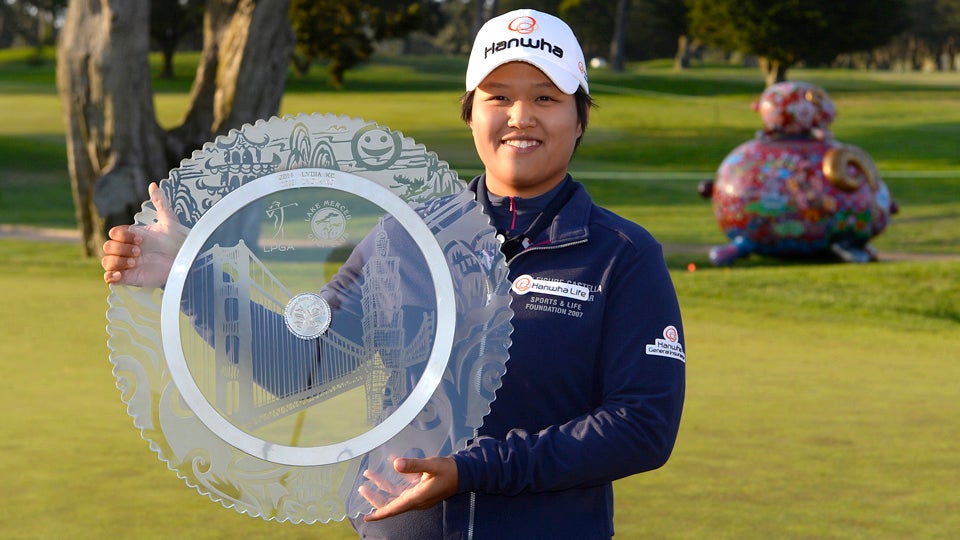 2. Charl Schwartzel. When he is on-song he looks like the best player in golf. I just wish it happened more often. 3. Diana Murphy. Hail, hail, to the USGA’s soon-to-be new president, only the second woman to hold the post. She’ll get to enjoy all the hate-mail sent by yippy golfers have been embittered by anchoring ban. 5. Rickie Fowler. Forget winning the Players or Scottish Open – when you score a gig on College GameDay, you’ve officially arrived. 1. Jordan Spieth. Jack Nicklaus, Gary Player, Greg Norman…Spieth had a golden opportunity to join them on the list of back-to-back Australian Open champs but he couldn’t do better than an even-par final round. Slacker. 2. Adam Scott. A closing 65 is pretty stout but Scott was tentative with the putter on the closing holes, leaving him one stroke short and still winless for ’15.

3. Tiger Woods. He has been reduced to nothing more than a gimpy ceremonial host at this week’s World Challenge. A well-compensated one, but still. 4. Wentworth. The members at this old boy’s club in England are feuding with a rapacious new Chinese owner who wants to glitz the place up, and the whole mess is threatening to become an international incident. It really tugs at the heartstrings, these battles of the haves and have-mores.

5. Lincoln Tighe. He tied for 5th at the Oz Open, along with Nick Cullen, and could have grabbed the last spot into next year’s Open Championship but it went to Cullen based on his higher World Ranking. Algorithms are so cruel.