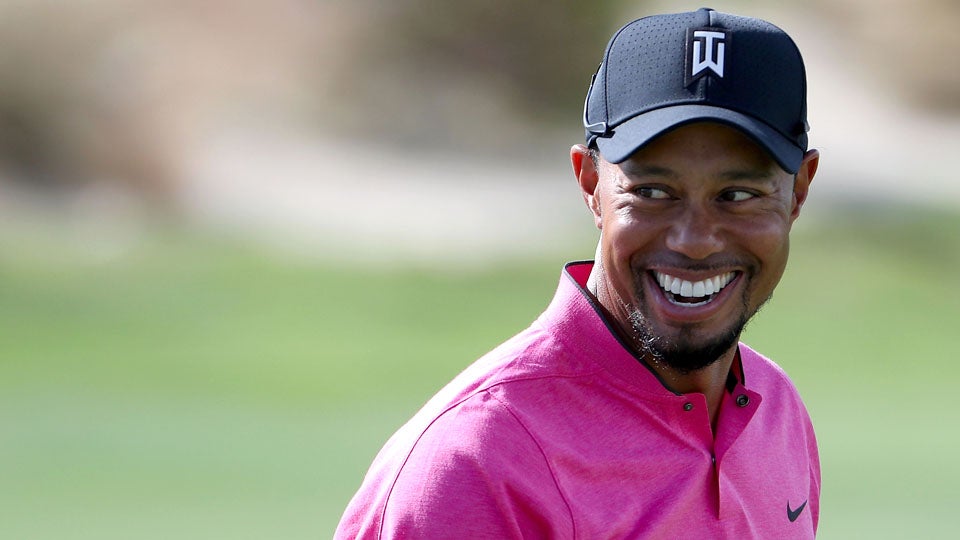 Tiger Woods smiles during the pro-am of the Hero World Challenge on Wednesday.
Getty Images

But, that said, Tiger Woods has shown some positive signs — and flashed a few vintage Tiger moments — during the Wednesday pro-am of the Hero World Challenge, one day before he tees off in his first competitive round in nearly 15 months.

ESPN’s Bob Harig had Woods “for a loosely-tabulated front-nine 33,” which included two eagles and a bogey. He eagled the par-5 3rd and the par-5 9th. Golf Channel’s Tiger Tracker also had Woods at an unofficial three under at the turn, aided by his pair of eagles. Woods, unofficially, shot a 37 on the back for a two-under 70, according to media who were following along. You can check out the social media reaction below.

The swing we’ve all been waiting for … https://t.co/IayDADea5y

#Tiger Woods tees off competively for the first time in 466 days at the Hero World Challenge Pro-Am. .@BobHarig #PGA pic.twitter.com/OksVBOS1Rf

Iron on par-3 second gets caught in the wind & drifts into right greenside bunker, but splashes to 3 feet. Just set up trophy delivery now.

Drive on 3 rides the wind into fairway, then long iron missile to about 15 feet on the par 5. That one was #vintage

Tiger did eagle the third hole which is nice but really means nothing! #proam #notgrinding

TW smoothly rolls in the 15-footer, then announces, “I’m done, guys. I helped the team.” I’m getting the vapors.

Knockdown wedge for .@TigerWoods in first pro-am in 15 months pic.twitter.com/EROPIc4OTz

Rolls in about a 12-footer for ANOTHER eagle on 9. Playing straight downwind, but still. Unofficially -3 at the turn.