Tiger Woods, Course Architect, Is Off to a Promising Start 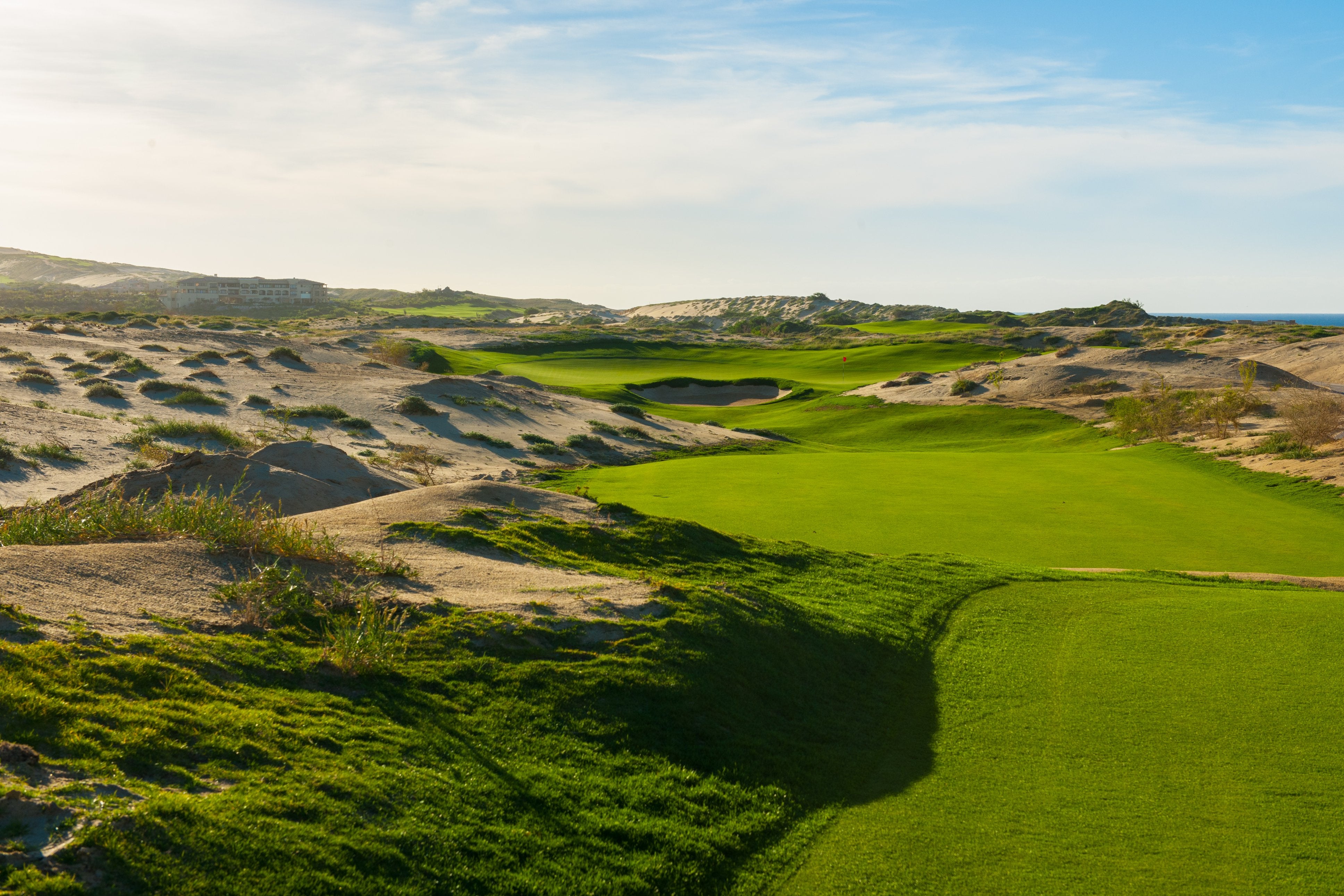 At El Cardonal (second hole, pictured), Tiger Woods made the most of the mountains, desert and sea.
Brian Morgan

More than eight years after Tiger Woods hung his shingle as a course designer, he finally has 18 holes to show the world. Diamante’s El Cardonal opened Dec. 16, and the early returns are in: Tiger’s design debut was worth the wait.

Named for the ranch that served the property before golf and real estate entered the picture, El Cardonal embraces a Scottsdale-by-the-Sea motif, with rolling desert terrain slashed by arroyos. Mountains and stately cardon cacti serve as a backdrop for the uphill holes. Though not adjacent to the Pacific Ocean (like its sibling, the Dunes, designed by Davis Love), El Cardonal offers eye-candy panoramas of the sea on downhill holes, most memorably at the 537-yard, par-5 18th.

Woods and his team of former Tom Fazio associates, Beau Welling and Shane Robichaud, plus his own design chief, Bryon Bell, have tabbed the design style as “Old California,” with strategies and bunkering that pay homage to the Golden State’s Golden Age classics, such as Riviera, Bel-Air and Los Angeles Country Club.

“We’ve got big, bold bunkers, but we’ve built in ways to avoid them,” Woods says.

The 360-yard, par-4 third, drivable under the right conditions, is modeled after Riviera’s clever short par-4 10th, with its myriad options.

What truly elevates El Cardonal, however, is its emphasis on walkability, playability and options around the greens. Woods cites the Old Course at St. Andrews and Pinehurst No. 2 as major influences.

“I don’t want people to lose a dozen balls when they play our course,” Woods says.

He also puts a premium on variety.

And each, we might add, is fun, not frustrating.

Woods might be on the comeback trail as a player, but as an architect, he’s just getting started. And what a promising start it is.