Tiger Woods announces he will not play Arnold Palmer Invitational 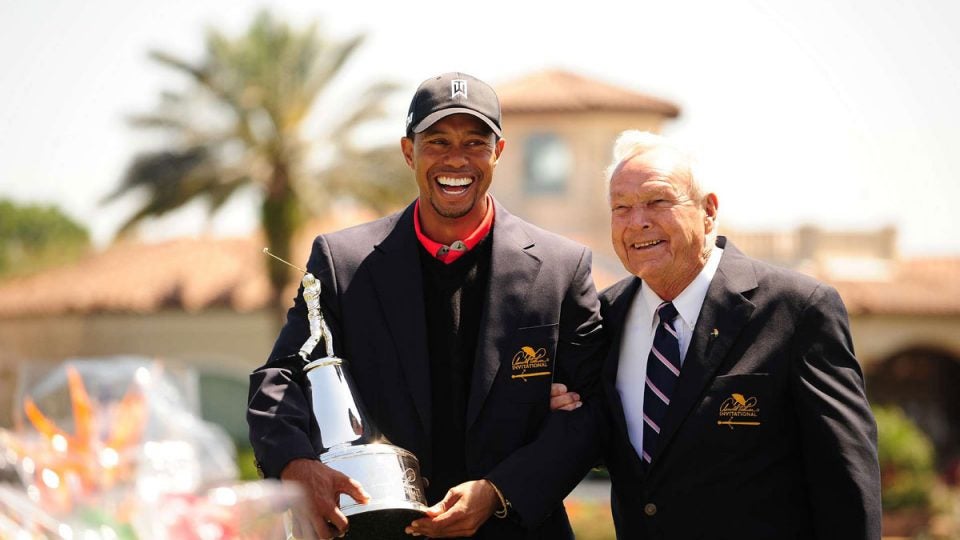 Woods announced on his website Thursday night that he will not play in next week’s Arnold Palmer Invitational, an event he has previously won eight times.

In the blog post, Woods noted his disappointment in missing the tributes to the late Arnold Palmer at this year’s event.

“I’m especially disappointed because I wanted to be at Bay Hill to help honor Arnold. This is one event I didn’t want to skip. Arnold has meant so much to me and my family; I thought of him as a close friend, and Sam and Charlie were both born in the Winnie Palmer Hospital for Women & Babies. He will be greatly missed and can never truly be replaced.”

Earlier this week, Steve Stricker – one of the few players on Tour close to Woods – said he didn’t think Woods was “doing that well right now physically.”

This latest comeback for Woods has been a tricky one. You know the story: He led the field in birdies at the Hero World Challenge back in December, but still finished 15th in a 17-player field. He missed the cut at the Farmers Insurance Open in late January, then withdrew from the Dubai Desert Classic after one round citing back spasms. Those spasms forced him to withdraw from the Genesis Open and Honda Classic as well, two events he committed to when he laid out his schedule in January.

Sadly missing the 2017 API. I really wanted to be there. My best wishes to the Palmer family & everyone at Bay Hill. https://t.co/xkbvfohcxA

That leads us to now. We’re less than one month away from the Masters, and we’re officially in a “Will he or won’t he?” mode for Tiger and Augusta. We saw this back in 2014, when Woods announced before the tournament that he underwent a microdisectomy surgery and missed the Masters. We also saw this in 2016, when Woods was posting Instagram videos of his swing in the lead-up to the event but ultimately didn’t play in the Masters.

Woods had this to say about his return, “Presently, I have no timetable for my return to golf, but my treatments are continuing and going well.”

Will we see Tiger at Augusta next month? We’ll have to wait and see.