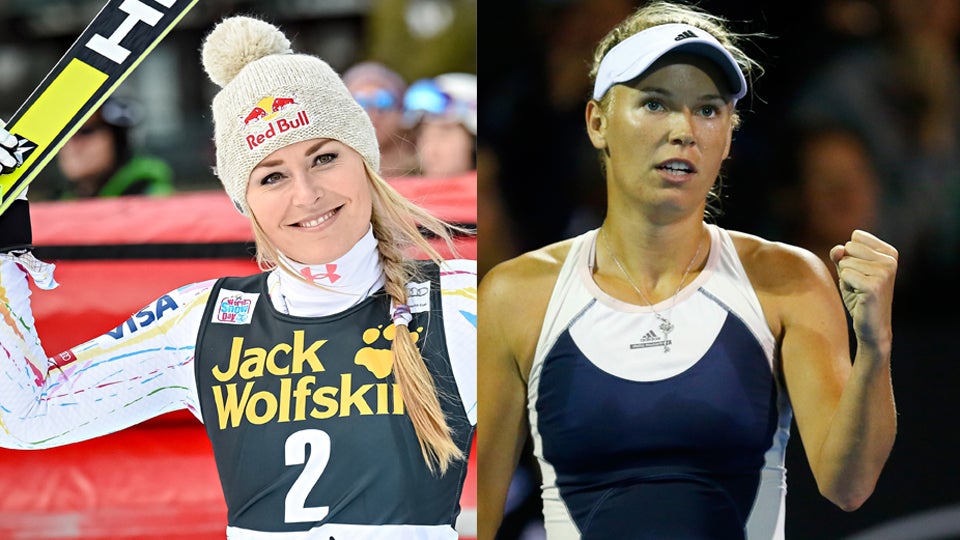 Lindsey Vonn and Caroline Wozniacki are both featured in the 2016 SI Swimsuit issue.
Getty Images

Vonn and Wozniacki joined MMA superstar Ronda Rousey on the pages of this year’s Sports Illustrated Swimsuit Issue, which hits newstands Tuesday. Vonn and Wozniacki were both featured in body paint with photographs taken by Frederic Pinet.

Vonn dated 14-time major winner Tiger Woods for nearly three years before the pair mutually announced their breakup in November 2015. Wozniacki began dating World No. 3 Rory McIlroy in September 2011 and they were later engaged, but McIlroy called it off in May 2014.

Vonn, 31, is a gold medal-winning Olympian who has also won four World Cup championships. The 25-year-old Wozniacki held the No. 1 spot in the WTA Tour ranking for 67 weeks (though she’s since fallen to 18th) and has collected 23 career WTA titles.