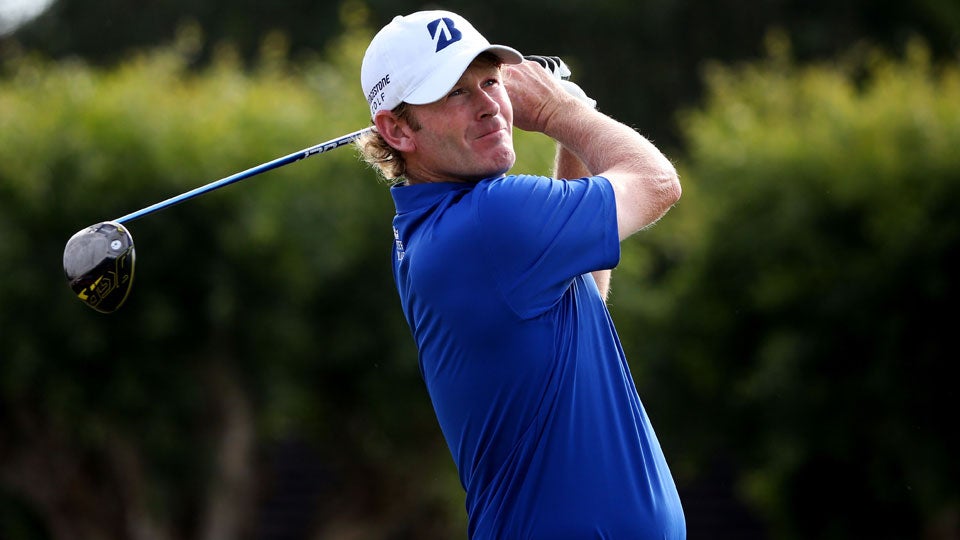 Snedeker, 34, was in total control at Pebble, his first win since 2013.
Harry How / Getty Images

Believe it or not, this week’s L.A. Open is just about the one-third mark of the 2014-15 season. It brings to a close the West Coast swing, which followed the fall swing. Before we swing into the Florida swing, this seems like a prudent time to look back at what we’ve learned, and look ahead to what’s coming.

Tiger is in trouble. Body continues to break down, nerves are shot, chipping game is a mess, putting stroke is shaky, still can’t turn over his driver. This means he’s going to win the Masters — right?

Phil is old. Well, he’s been old for a while, but now (at 44) it’s really showing. In other words, this will be the year he finally takes the U.S. Open — right?

Rory is good. He seemingly fell out of bed and racked up a second and a first during the Euro tour’s Middle East swing. How big a season is McIlroy going to have? Don’t forget, as late as May last year he was still struggling to find his game. Now it’s only February and he’s already in mid-season form. I love the idea of Woods and Mickelson making one last stand, but it’s hard to believe that either could match the kid’s confidence, aggression, firepower and virtuosity. Remember that way back in 2014 I predicted McIlroy’s win at St. Andrews this July would give him five straight majors. Nothing I’ve seen this year has changed my mind.

The twentysomethings’ race is on to be the Watson to Rory’s Nicklaus. After his awesome December double-dip (dominant wins in Australia and at the World Challenge), Jordan Spieth was anointed the guy behind the guy. We love Spieth, and he hasn’t exactly been a slouch so far this year with seventh-place showing at Phoenix and Pebble, but Jason Day looks increasingly like McIlroy’s biggest threat. Day, finally healthy after thumb issues last year, was third at Kapalua, won at Torrey and finished fourth at Pebble. He has more firepower than Spieth and, let’s not forget, five top 3s in the majors, including a couple of near-misses at Augusta. Of course, also belonging in the discussion are Patrick Reed, Hideki Matsuyama, Rickie Fowler, Brooks Koepka and Sang-Moon Bae. The plot thickens.

Brandt Snedeker is the top American. At this moment it may be debatable — here’s looking at you, Jimmy Walker and Bubba Watson — but it won’t be by year’s end. How many guys on Tour can you say play for trophies and not money? It’s a distressingly small number, but the 34-year-old Sneds is on the list. Now he’s healthy, his putting is back where it belongs and his swing changes under Butch Harmon have gelled. His record-setting performance at Pebble Beach is just the beginning.

Global warming is awesome (at least in the short term). The drought–ravaged courses on the Monterey Peninsula were firm and fast and glorious, and Riviera will have plenty of fire. The Tour may be playing on nothing but sand greens in a few years but, hey, let’s enjoy these primo conditions while we can.

The new schedule is killing the West Coast. Kapalua and Pebble had maybe their weakest fields ever. It’s slim pickings this week in L.A. And all of these tournaments offer among the best courses on Tour. The big money in the Middle East has long been a complicating factor, but moving the Match Play to late April has meant many of the game’s top international players are blowing off the West Coast. The wraparound schedule is also a killer: If guys are going to extend their seasons to chase big money in Asia in November they are less inclined to go hard in January and February. This is a structural problem that needs solving, because the West Coast offers spectacular venues and history-laden events, and to let them languish is criminal.

The Florida swing is going to be huge. Rory is back. The Tiger death watch will be a weekly thing. Augusta beckons. Sign us up.