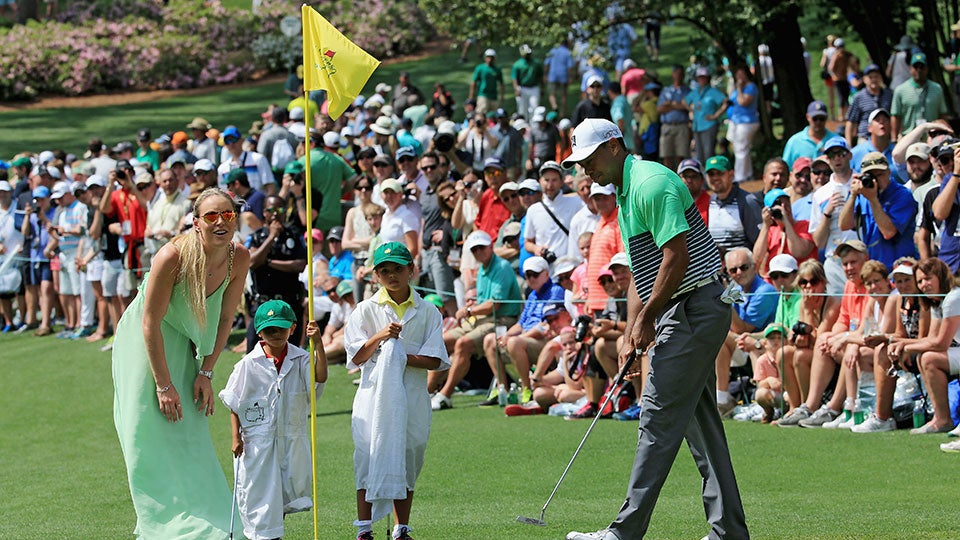 Tiger Woods and Lindsey Vonn during the Par 3 Contest at the Masters.
Getty Images

After almost three years of dating, Tiger Woods and Lindsey Vonn have broken up.

Vonn made the announcement via her Facebook page, the same way they announced their relationship had started.

“After nearly three years together, Tiger and I have mutually decided to end our relationship. I will always cherish the memories that we’ve created together. Unfortunately, we both lead incredibly hectic lives that force us to spend a majority of our time apart. I will always admire and respect Tiger. He and his beautiful family will always hold a special place in my heart.”

Woods released a statement on TigerWoods.com as well.

“I have great admiration, respect and love for Lindsey and I’ll always cherish our time together. She has been amazing with Sam and Charlie and my entire family. Unfortunately, we lead very hectic lives and are both competing in demanding sports. It’s difficult to spend time together.”

Just two weeks ago, Vonn made media appearances and commented on her relationship with the 14-time major winner and his two children, Charlie and Sam. Vonn walked with Woods during the Masters in early April and watched as Charlie and Sam caddied for Woods in the Par-3 Contest.

“I feel privileged to be along for the ride, and I help as much as I can,” Vonn said at a movie premiere. “They’re great kids — I love ’em.”

Vonn also appeared on Late Night with Seth Meyers and discussed how injuries between the two world-class athletes brought them closer together.

“We were kind of injured around the same time, and it was nice to just be in the gym with someone that knew what you were going through,” Vonn said. “We kinda just pushed each other back to health.”

RELATED: Lindsey Vonn Tells The Story of Her First Hole-In-One

In February after Woods had withdrawn from the Farmers Insurance Open in San Diego, he was spotted supporting Vonn during her FIS Alpine Skiing Championships.

“Right now, I need a lot of work on my game, and to still spend time with the people that are important to me,” Woods said at the event.

Woods and Vonn were together for nearly three years, and their relationship went public on March 18, 2013 via Facebook. They were often seen together over the past few years at each other’s events – Vonn at Woods’ tournaments and Tiger at her skiing competitions.