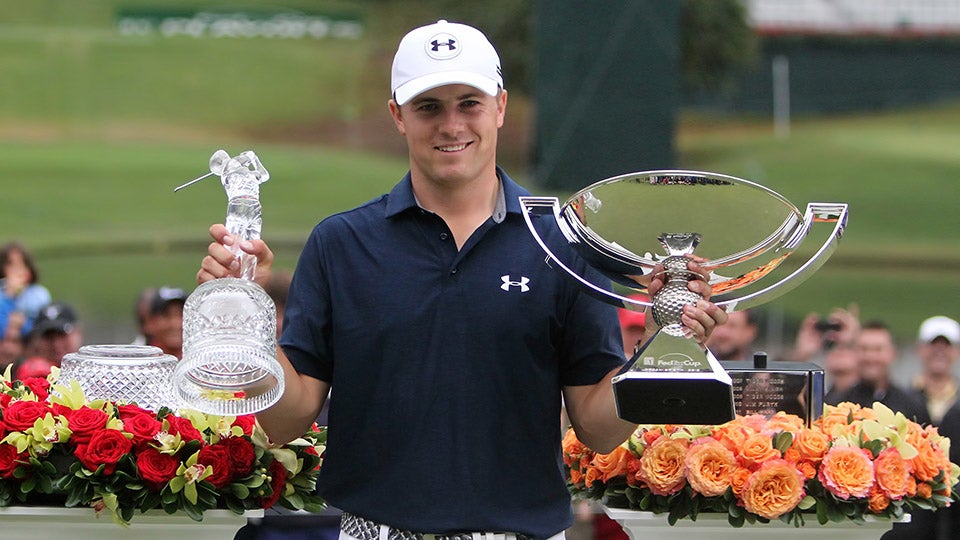 Jordan Spieth won the 2015 Tour Championship and the 2015 Fedex Cup, and the $10 million bonus that came with it.
Icon Sports Wire

Tiger Woods, Phil Mickelson, Jordan Spieth and Rory McIlroy have been named to Forbes’ Celeb 100 list of top-earning celebrities for 2016.

The four golfers are a part of a class of 35 athletes who were ranked based on their pre-tax and pre-payout earnings (before paying agents, lawyers, managers, etc.) between June 2015 and June 2016.

Despite playing just seven events during the window in which the Forbes list operates, Woods had $274,000 in winnings, coming in at 51st. His main source of income comes from his $45 million of endorsements, and he still ranks 12th on Forbes’ list of highest paid athletes for 2016. McIlroy rounds out the group at 60th, with $7.6 million in winnings and $35 million in endorsements. It’s likely he’ll climb the rankings next year, having won the 2016 FedEx Cup bonus of $10 million, which was not included in the data for this year’s list.

Spieth and McIlroy also made the publication’s list of the top 30 paid celebrities under 30, at 10th and 14th, respectively. You can view the full list of Forbes’ Celeb 100 here.