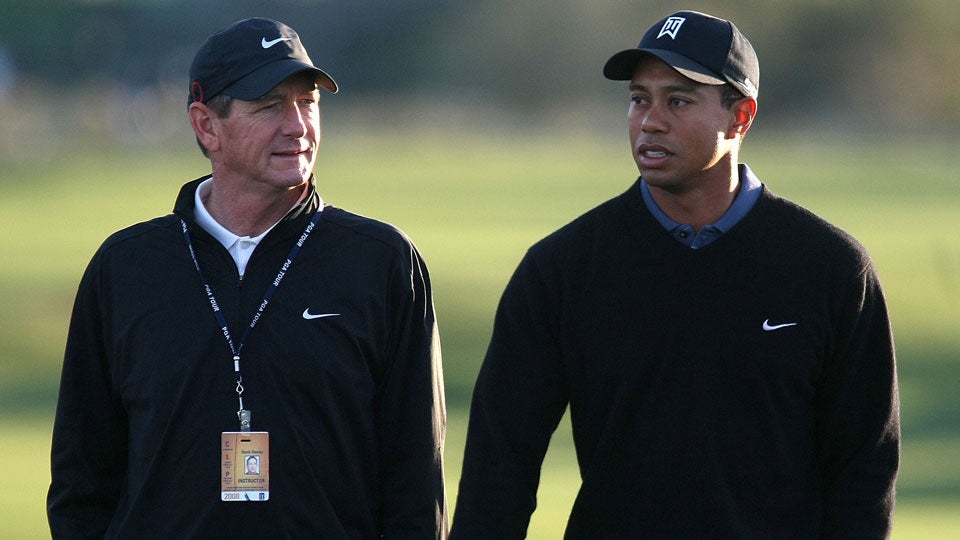 Tiger Woods walks with his former coach Hank Haney during a practice round prior to the start of the Accenture Match Play Championship at The Gallery Golf Club at Dove Mountain on February 19, 2008 in Marana, Arizona.
Getty Images

When you’re the best player in the game, everything is under a microscope. Especially a high-profile breakup with your swing coach.

Then came the knee injury in the summer of 2008, followed by six more wins in 2009. Then the scandal in November ’09. Haney had seen the highest highs and the lowest lows, but their relationship ended after the 2010 Players Championship. Rumors of a split intensified when Haney didn’t appear onsite at TPC Sawgrass and Woods had a disastrous practice round. Woods would withdraw in the final round due to neck spasms.

The following day, Haney released a statement on his website announcing his resignation. He reportedly informed Woods of his decision via text.

“Just so there is no confusion, I would like to make it clear that this is my decision,” Haney said in the statement.

Three years later, Haney would release, “The Big Miss,” his tell-all book about his six years as Tiger’s coach that offered insight into his notoriously private pupil. Sean Foley would replace Haney as Woods’ swing coach later in 2010.