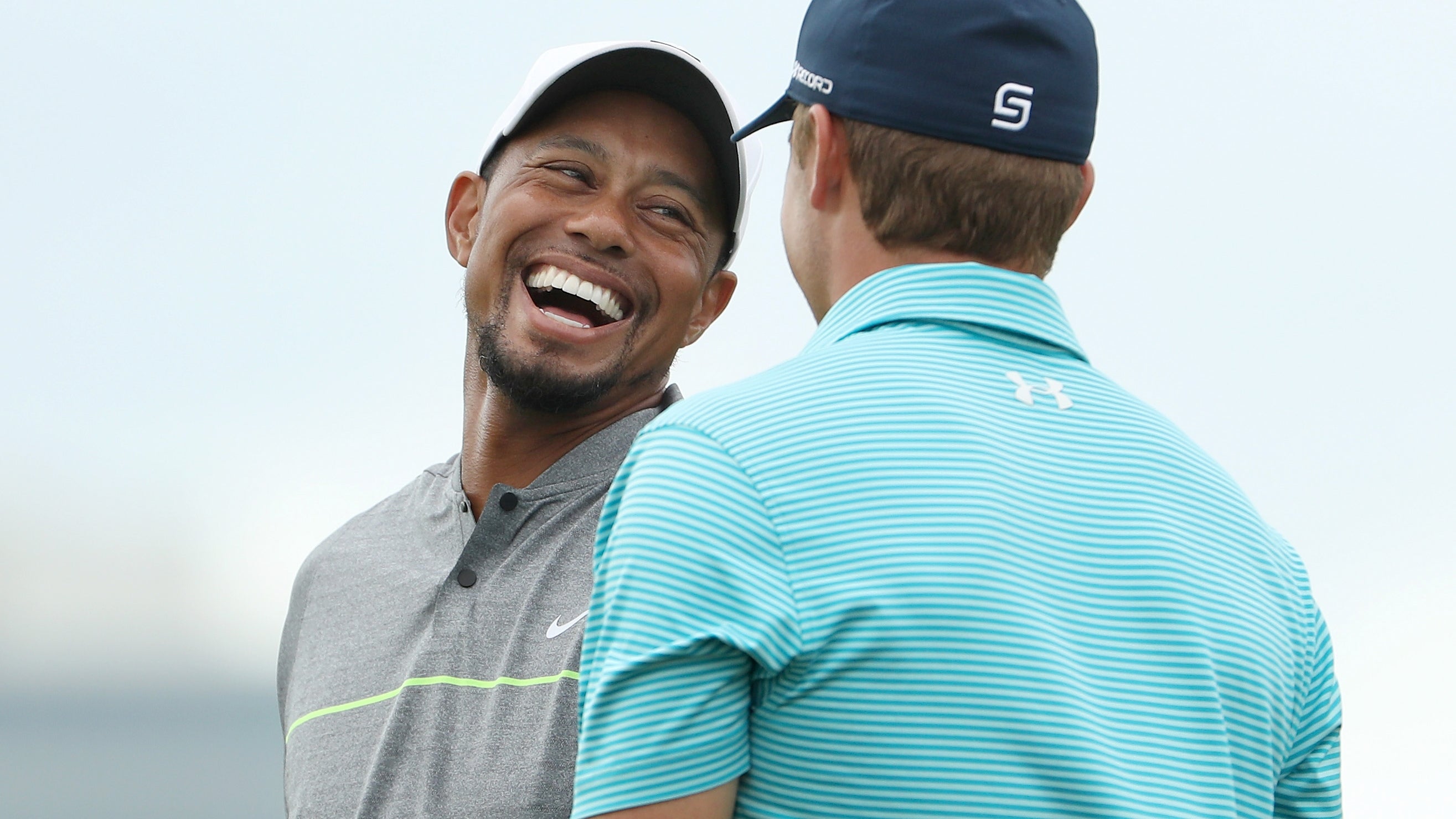 With Tiger Woods back in the mix with young stars like Jordan Spieth, 2017 could be a lot of fun.
Getty Images

The new year, in golf and beyond its borders, is a house with many mansions, with many fresh starts, with many reasons to hope, to forget, and to hope again. What sport gives more fresh starts than golf? You halve the first, lose the second, win the third, take an X on four to go one down, and what do you think standing on the fifth tee? Fresh start.

The so-called “wrap-around season” is a tool of marketing. We know a new year when we see it. The new golf year begins at Kapalua, when Phil plays at Torrey Pines, at the Masters. The new golf year begins when you play your first round, when Lydia Ko and Co. congregate at the Ocean Club in the Bahamas in late January, when your after-work golf league begins again in late April, when coach tapes a sign-up sheet for spring tryouts on her classroom door.

Could this be golf’s best year EVER? Yeah, sure, it could be. Of course it could. Not that the competition is not stiff, because it is. Who could forget 1930, when Bobby Jones won the Grand Slam? Or 1953, when Ben Hogan won the Masters and the two Opens? Or 20__ (fill it in), when you first broke __ (fit it in). Or 2000. Y2K was astounding going in: The Masters at Old Reliable. The U.S. Open at Pebble Beach. The British Open at St. Andrews. The PGA Championship at Valhalla. OK, that last part could have been brown shoes with a navy suit but it wasn’t, not after Bob May and Tiger Woods were tied after 72 holes and one shot separated them in a three-hole add-’em-up playoff. (Tiger, by a nose.) You know what happened at Pebble and the Old Course. And now it is 2017. Tiger will play all four majors, or at least it looks that way. Dustin Johnson, Rory McIlroy, Jordan Spieth and Jason Day are all at the height of their powers. Mickelson is 46, the same age Big Jack was when he won the ’86 Masters. Youngins Patrick Reed, Justin Thomas and Brooks Koepka all coming on. The men’s game is more global than ever: Hideki Matsuyama of Japan, Henrik Stenson of Sweden, Branden Grace of South Africa, Hao Tong Li of China, Bubba Watson of the U.S. of A. When the world is playing the world is watching and that adds to the fun.

Venues matter, more so at the U.S. Open than anywhere else. In mid-June, golf will congregate at Erin Hills, a rugged, long, decade-old public course. It’s a challenging walk and there are numerous opportunities to lose golf balls on it. It sounds like Chambers Bay all over again, except the view from the high points is Wisconsin farmland and not the shimmering sea. If Bob May and Tiger Woods go 90 holes there, the course will be in the pantheon. Let it play out.

The 2017 British Open is at Royal Birkdale (can’t go wrong there), the 2017 U.S. Women’s Open is at Trump Bedminster (that’ll be interesting), the 2017 Senior PGA Championship will be at Trump D.C. Ditto.

The 2017 Women’s British Open will be at Kingsbarns in Scotland and the 2017 Women’s PGA Championship will be played at Olympia Fields in Chicago. Two big-time courses for a tour that is brimming with talent. Ariya Jutanugarn, Lydia Ko and Brooke Henderson won nearly $7 million between them last year. Lexi Thompson, No. 18 on the 2016 LPGA money list, made $888,571 on the course, and who knows how much off it. It’s about time. Best year ever, coming right up. No, you wouldn’t say that if you came up on Mickey Wright, on Nancy Lopez, on Annika Sorenstam. Best-year-ever says as much about your own mood as it does about the golf played right there in front of you. But if you don’t think the women have some lineup you’re not paying attention. The PGA Tour and the LPGA are going to have—they’re going to want—more joint events in the future. Halleluiah.

And what about us, we green-fee paying ams? The best among us will gather at Riviera for the U.S. Amateur. A subset will gather down the road for the Walker Cup at the Los Angeles Country Club. The Couples League at the Ironwood Golf Course in Sussex, Wis., begins in May. Sign up now! Golf tryouts at Belton-Honea Path High School, smack-dab in the middle of South Carolina, will be on January 30, at Pine Lakes Golf Club at 3:45 p.m. Don’t be late! Trump Doral is looking for a course ranger. Part of the job, according to the website, is to monitor the courses “for guests or patrons who are not registered to be on the golf course and politely ask that anyone not registered to be on the course to immediately exit.”

You can do that, right? But here’s what we really need to know:

Does the job come with access to the driving range? Because this is the year we’re going to finally get better. Golf-wise? This year is gonna be the best . . . year . . . ever!