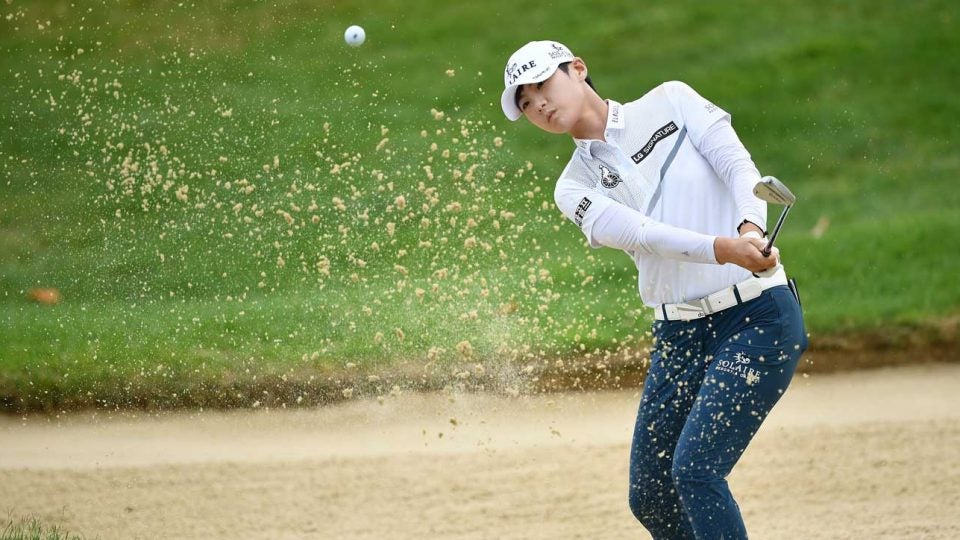 World No. 1 Sung Hyun Park is only one shot back in her quest for a third major championship.
Getty Images

Though the Evian Championship has been plagued by some bad PR this week — notably, poor course conditions and a slow pace of play — 40 players have found a way to be under par through three rounds.

Hyo Joo (H.J) Kim leads the charge at 15 under par. She’s a former Evian champion, winning in her first appearance in 2014. She also has two other LPGA victories, and is currently ranked 18th in the world. But Kim will have stiff competition in the final round on Sunday. World No. 1 Sung Hyun (S.H.) Park is right behind Kim at 14 under par overall. Park has an incredible seven victories — including two major championships — since 2017. She’s also already won twice this year.

Three shots behind Park and four shots behind Kim is another formidable duo: World No. 2 Jin Young (J.Y.) Ko and World No. 7 Inbee Park. Ko has four victories in only two years on the LPGA Tour, including this year’s ANA Inspiration. Inbee Park is a longtime top player, with 19 victories since 2007, including an impressive seven major championships, the most recent of which were won in 2015, when she claimed the Women’s British Open and the KPMG Women’s PGA Championship.

Americans Jennifer Kupcho and Megan Khang are seven shots back in T-8 at 8 under par overall. First-round leader Paula Creamer opened with a 64, but struggled to second and third rounds of 76-73. She’s currently T-41 at 2 over par overall.

The leaders will tee off at 7 a.m. ET on Sunday. You can catch the final-round action on Golf Channel beginning at 6 a.m. ET, with coverage picking up on CNBC from 9-11:30 a.m. ET.