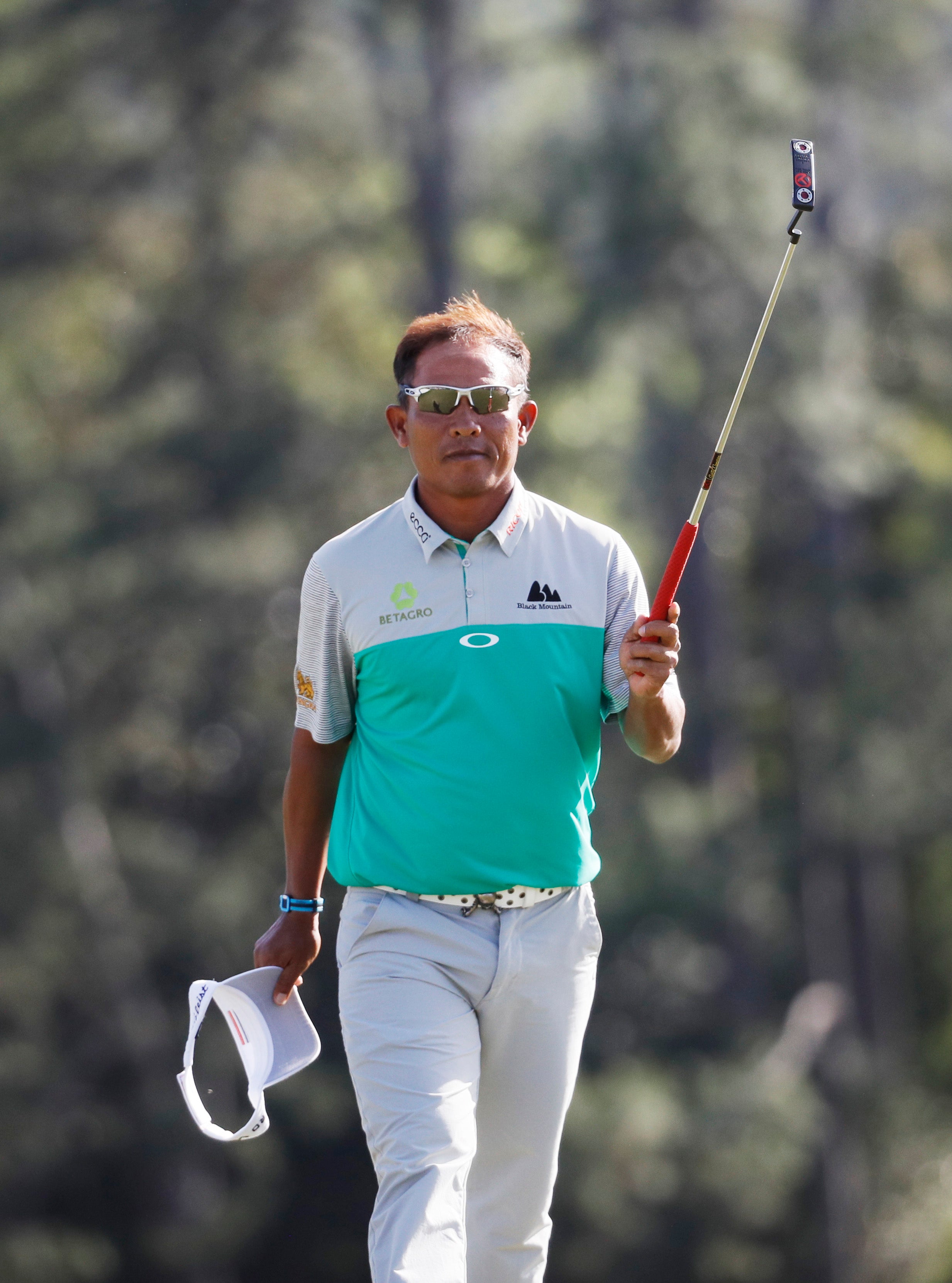 Thongchai Jaidee, of Thailand, acknowledges the gallery after putting out on the 18th hole during the second round of the Masters golf tournament Friday, April 8, 2016, in Augusta, Ga. (AP Photo/Chris
AP Photo/Chris Carlson

SAINT-QUENTIN-EN-YVELINES, France (AP) Thongchai Jaidee produced an impressive display of front-running to win the French Open by four strokes, as Rory McIlroy failed to deliver a final-round surge on Sunday.

Starting the day with a two-stroke lead over McIlroy, the 46-year-old Jaidee birdied two of his first six holes and shot a 3-under 68 to finish on 11-under 273 at Le Golf National outside Paris, where the 2018 Ryder Cup will be staged.

For his eighth victory on the European Tour, the Thai player collected $650,000 – the biggest cheque of his career. He described his fourth victory over the age of 40 as his ”biggest win ever.”

”I had Rory two shots behind me but I tried to play my own game, hit a lot of fairways and greens,” said Jaidee, ”and I knew this week I was putting well.”

Francesco Molinari finished in second place after shooting 66, the lowest round of the final day.

McIlroy couldn’t get near Jaidee. He bogeyed No. 3 and made his only birdie on No. 14, shooting an even-par 71 to be a stroke behind Molinari in third place.

The fourth-ranked McIlroy regarded that as a success, considering he is in the middle of vast changes to his swing.

”I’ve got 10 days until the (British) Open starts,” McIlroy said, looking ahead to the third major of the year at Royal Troon starting July 14. ”I’m going to be working every day to try and get better and will play a bit of links golf to work on the shots I need for Troon as well.

”Even though this week it didn’t feel that good I’m obviously doing some things right.”

Brandon Stone, Alex Noren, Callum Shinkwin and Richard Sterne all qualified for the British Open after finishing in the top 12.