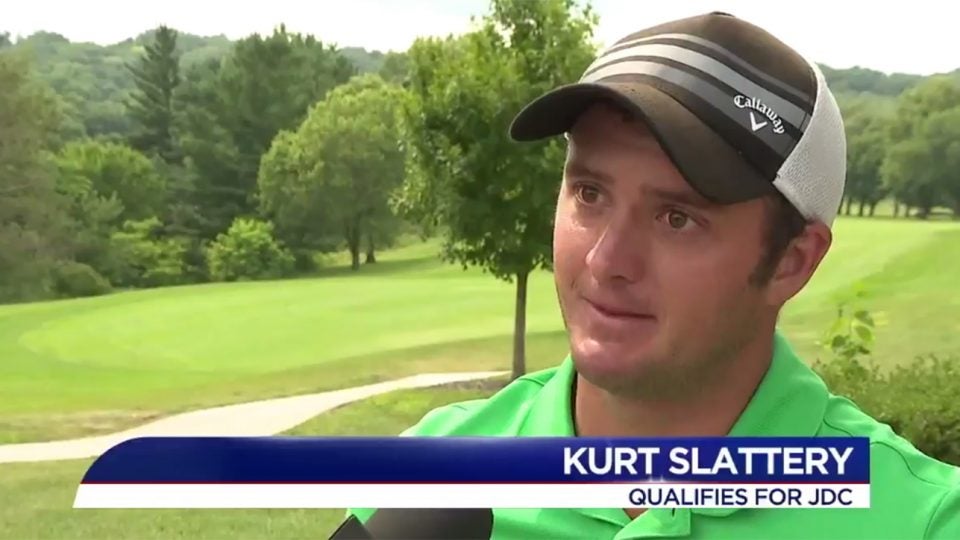 If you don’t have a favorite to cheer for at the John Deere Classic this week, we have the perfect option for you.

Meet Kurt Slattery, a former collegiate golfer who grew up within 30 miles of TPC Deere Run, host of this week’s PGA Tour stop.

Slattery was among those trying to Monday qualify for the Deere at Pinnacle Country Club in Milan, Ill., and he locked up the final spot in style.

The former Western Illinois golfer eagled the 18th hole to shoot 67 and enter a 7-for-1 playoff for the final John Deere qualifier spot. Then, on the first playoff hole, he holed out for another eagle from 44 yards.

“I’ve been putting when I was a kid and I would always picture myself getting in the John Deere Classic and trying to play against the best players in the world, and that would just be a dream come true,” an emotional Slattery said. “That’s all I can describe it as, is a dream come true.”