There’s so Much to Wonder, and Like, About Rickie Fowler 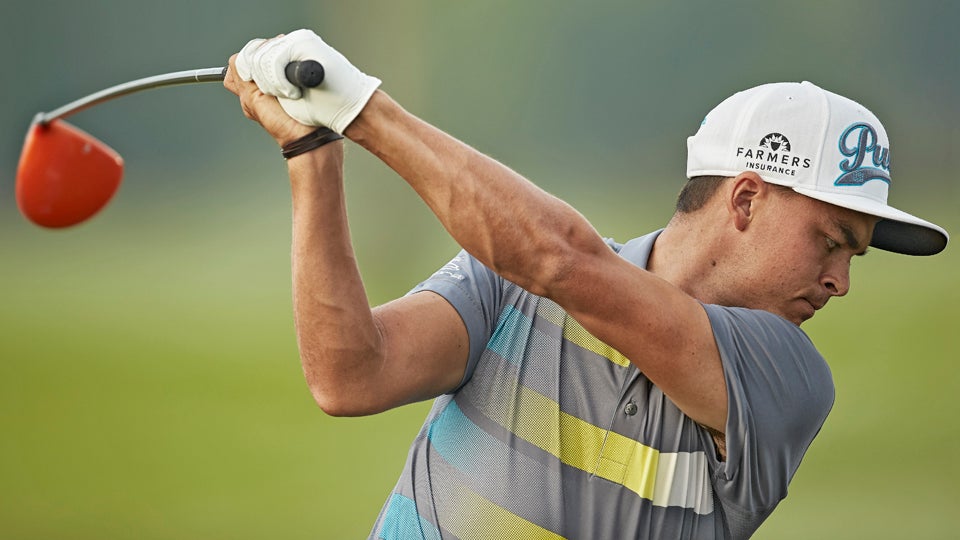 Rickie Fowler packs a wallop with his 150-pound frame, symbolic of his career.
Darren Carroll for SI

Rickie Fowler was walking up a fairway and to his golf ball early last Saturday morning in New Orleans, his cellphone pressed to his ear. Man, did he look good. The blue shoes and matching shirt; the white pants and matching belt. The familiar oversized baseball cap—underneath it his boyish, tanned, uncommon face, punctuated by his perfect-circle nostrils and thick eyebrows. Friday afternoon’s play had been suspended by thunderstorms, and the back-to-work air horn was about to blow with his ball sitting in the 16th fairway. The 26-year-old former wunderkind was playing in the 140th event of a Tour career that is already in its sixth year. His search for his second Tour win was ongoing. Hard to believe, isn’t it?

Fowler, who top-fived in all four majors last year, knew the deal. To win, to even have a chance at winning the Zurich Classic, the funky, good-time swampfest event that is the New Orleans stop, he’d first have to make the cut. And to do that, he would have to play the final three holes in at least one under par. He was three under through 33 holes, and the players were saying that four would be the cut. Two pars and a birdie—the par-5 finishing hole was reachable—would do it. His playing partners, Steve Stricker and Justin Rose, were over their balls. There was a Red Bull towel draped over Fowler’s orange-and-black golf bag, and in it was a wedge stamped with the words get saucy. A dozen people, tops, stood behind a yellow rope. The horn blew.

Rickie Fowler is a speed freak. He was as a heralded amateur and remains one today. His backswing is a whir, and his downswing is faster yet. His game is fueled by Coke and Red Bull. Rickie turned pro at 20 and played in the Ryder Cup at 21. He liked dirt bikes as a teenager, but as an adult he has moved on to fast cars. He’ll take delivery of two new Benzes this summer, and next week at the Players Championship he’ll have access to both a tournament courtesy car and the Mercedes SUV he left with Jim Furyk after playing in Furyk’s charity pro-am in Ponte Vedra Beach, Fla., on the Monday after Hilton Head. 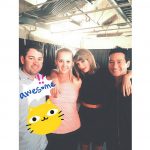 You may also like Social Media Snapshots From Pro Golfers

Last year, not far from his South Florida home, Fowler drove a two-seat roadster off a wet, four-lane boulevard over a curb, through a chain-link fence and into a large tree, an accident that could have claimed his life and that of his 18-year-old wingman, a golf buddy. Air bags were deployed, but there were no serious injuries. The crumpled $120,000 Porsche 911 was towed away. That was in early July, a couple of weeks after Rickie’s second-place finish at the U.S. Open and a couple before his second-place finish in the British Open.

Rickie Fowler is all about next. The next shot, the next tournament, the next car delivery. Asked in New Orleans about the accident, Fowler said, “It made me smarter about things. But, you know, you can step off a curb and break an ankle. I’m not too safe, by any means. Anything can happen.”

It seems contrary to his spirit that Fowler plays a methodical, contemplative, point-to-point sport so well. But he does.

Courtesy of Puma and his talent and those Tiger-era TV contracts, Fowler is private-jet rich. He has earned $16 million on Tour and truckloads more in endorsement deals and through corporate outings. The camera has always sought him out, in part because he’s a likable cat with an easy name and a matching demeanor. He’s not one for theory. If you want to talk about Plato, go find Ryan Moore. Fowler’s Cobra stablemate Lexi Thompson figured out Rickie’s appeal after meeting him for the first time several years ago: “He’s more fun than a barrel of monkeys.” It’s some image, really. Take off the lid, and there he is.

There’s no science here, but Fowler would seem to be only a few notches south of Rory McIlroy, who is 25, on the golf fame-o-meter. But he’s a mile north of 24-year-old Patrick Reed, a four-time Tour winner with a 3-0-1 Ryder Cup record. Fowler, a member of the PGA of America’s Ryder Cup let’s-fix-this task force, is 0-3-5 in two Ryder Cup appearances. Last year, Champions tour player Jim Dent, reaching for Rickie’s name, said, “That kid they’re trying to turn into a superstar.” They already did, Jim.

It is, of course, not Fowler’s fault that he is the most famous one-win player on Tour. Naturally, that win came in spectacular fashion, when he beat McIlroy and D.A. Points with a birdie on the first playoff hole at the 2012 Wells Fargo Championship. (Charles Howell III, another former wunderkind who’s now 35, is the best-known two-win player.) Fowler is represented, aggressively, by Sam MacNaughton of SFX Golf, a division of the Wasserman Media Group. Emphasis is on media. Fowler has 910,000 followers on Twitter and churns out a litany of bland living-the-good-life tweets. Player and agent both understand that how you play in the media, especially the new media, dictates income.

Fowler tweeted about his car accident almost immediately. The next month, at a press conference at Firestone, a reporter asked about the accident. Later, MacNaughton told the writer he had crossed the line with his questions. In New Orleans last week, when a photographer snapped a postround picture of Fowler kissing his girlfriend ouside the scoring tent, the agent chastised the shooter. The girlfriend, by the way, is a Wilhelmina model named Alexis Randock who caddied for Fowler in the par-3 tournament at the Masters. A photograph of the couple (on a beach) appears on the top of Fowler’s Twitter page. This is the age in which we live. 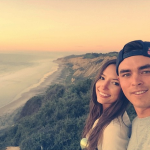 Right about now, you might be asking, “Isn’t it about time for this Rickie Fowler to go out and win himself another golf tournament?” Cool your jets, people—Rickie’s thinking the exact same thing! Don’t you think he knows that Jordan Spieth and Jason Day and even old Jimmy Walker, for crying out loud, have sprinted right on by? He’s trying his best! Fowler shot a final-round 67 at Augusta National and finished 12th. His next time out, in New Orleans, he was swinging beautifully, hitting it close, waiting forever to get to his birdie putts before missing them. “Need to stick my putter in the oven and heat that thing up,” he tweeted to his 910K followers.

Fowler made a beautiful two-putt par on 16. Walking to the par-3 17th at the underrated TPC Louisiana, he was peering into a murky pond, looking for its famous resident, a three-legged alligator, when Rose grabbed his shoulder and made a mock move to push him in.

The water lurks all down the left side at 17. Fowler’s stylish swing and fast ways belie the fact that he plays largely conservative golf, despite having considerably more firepower than he did when he turned pro in 2009 after two years at Oklahoma State. The pin on 17 was up front and maybe six yards from the water. Fowler played safely to the middle of the green and made a no-stress two-putt par.

With water right, he drove it left, a half-foot off the fairway. Lift, clean and place was in play, but he couldn’t touch his ball. Knowing a wet ball from a wet, fluffy lie might drift right, he played for the left side of the green, smashing a 3-wood that never moved, finishing hole-high and left of the surface.

He had about a 45-yard pitch shot, and he nipped it beautifully, landing it on an upslope and with spin. It looked perfect, but the ball, with a mind of its own and some moisture on it, scooted over the green. Fowler’s face turned into a question mark, but there was not even a hint of anger.

Joe Skovron, the only caddie Fowler has had on Tour, took out the flagstick, and Fowler spent maybe six seconds settling over his pitch shot. And then he holed it for a birdie. High fives all around. Stricker, Rose, their caddies. Little Rickie apparently had made the 110th cut of his career, the hard way. It wasn’t let-the-legend-grow, but it was cool. If he could go crazy-low in rounds three and four, anything could happen.

He signed his card, checked his cellphone, talked to a reporter. He doesn’t lack opinions, but he never serves up anything inflammatory. Fowler said last year that PGA of America officials didn’t handle the fading-light 72nd hole well at the PGA Championship and that Phil Mickelson didn’t need to go public with his analysis of Tom Watson as Ryder Cup captain. But his tone is always … nice. On Saturday morning he was telling a reporter about how he uses the shaft of his putter with an aiming line on his ball to help him align putts. He was asked if he still marked his ball with a Biblical citation, a nod to Philippians 4:13.

“No, I switch it up,” he said. “That was more of an amateur thing.” Early in his pro career he was a regular at the Tour’s Tuesday-night Bible study, “but now, with a lot of early tee times in the Wednesday pro-ams, it’s been harder to get there,” he said.

He talked about his schedule. New Orleans was the first of three straight starts. He typed out a text message with dazzling dexterity. He talked about the rush of contending in majors. Three more remain this year, but first things first: the weekend in New Orleans, then the Match Play in San Francisco, then the Players in Ponte Vedra Beach.

TPC Louisiana on that Saturday morning was mushy and the wind was down and the players had the ball in their hands. They put on your show of shows. Over the next 90 minutes, one player after another posted at least five under for 36 holes. When the Friday round was finally finished on Saturday morning, 71 guys were at five or better. Seventy and ties—most weeks on Tour, that’s who makes the cut. The fours, though only eight shots off the lead, were out.

Fowler plays in a tough league, and he knows it. He packed up his tournament courtesy car (a Lexus) and headed to his hotel in downtown New Orleans, teeming with people for Jazz Fest. His girlfriend is a model, he travels the country in a private jet, he plays in any tournament he wants, he takes lessons from Butch Harmon, he plays on the road with captains of industry and at home with Tiger Woods.

Professional golf is a numbers game, the ultimate one. The scorecard has no boxes for style points. Elsewhere at TPC Louisiana were a handful of other players with one win on Tour. Ken Duke over here, John Huh over there, Eric Axley somewhere else. Is Rickie Fowler really in that same club, another guy looking for his second Tour win? He is. That may not seem to compute, but it is, for now, the truth.