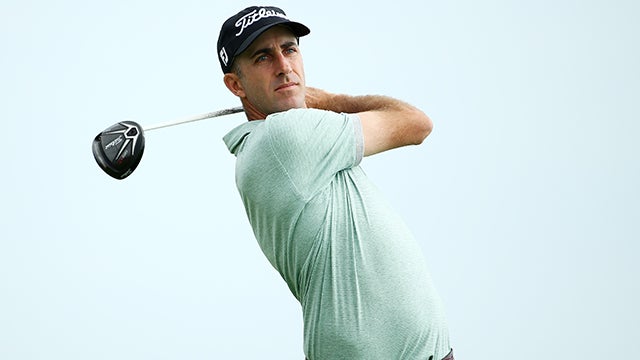 Geoff Ogilvy is four shot off the lead entering the final round at Quail Hollow.
Gerry Broome / AP

Who raised their game in 2015? Who fell off a cliff? We break down this season’s biggest movers–the good, the bad and the ugly.

The biggest improvement in his game came on the greens. His putting average rank went from T-134 in 2014 to T-27 in 2015, so his strokes gained total ranking went from 133 in 2014 to 92 in 2015. He notched a runner-up finish at the Valspar Championship after losing playoff to Jordan Spieth. The biggest improvement in his game came in fairways hit, where he went from 112th in 2014 to 46th in 2015. Lingmerth also played well on demanding courses, finishing third at the Quicken Loans and earning his first PGA Tour victory at Memorial. Louis’s biggest improvement was in his overall game, as he went from 77th in strokes gained tee-to-green in 2014 to 21st in 2015. After earning a single top-10 finish in 2014, he grabbed six in 2015, including runner-up finishes at the U.S. Open and Open Championship.