The Past Week in GOLF in 6 Photos 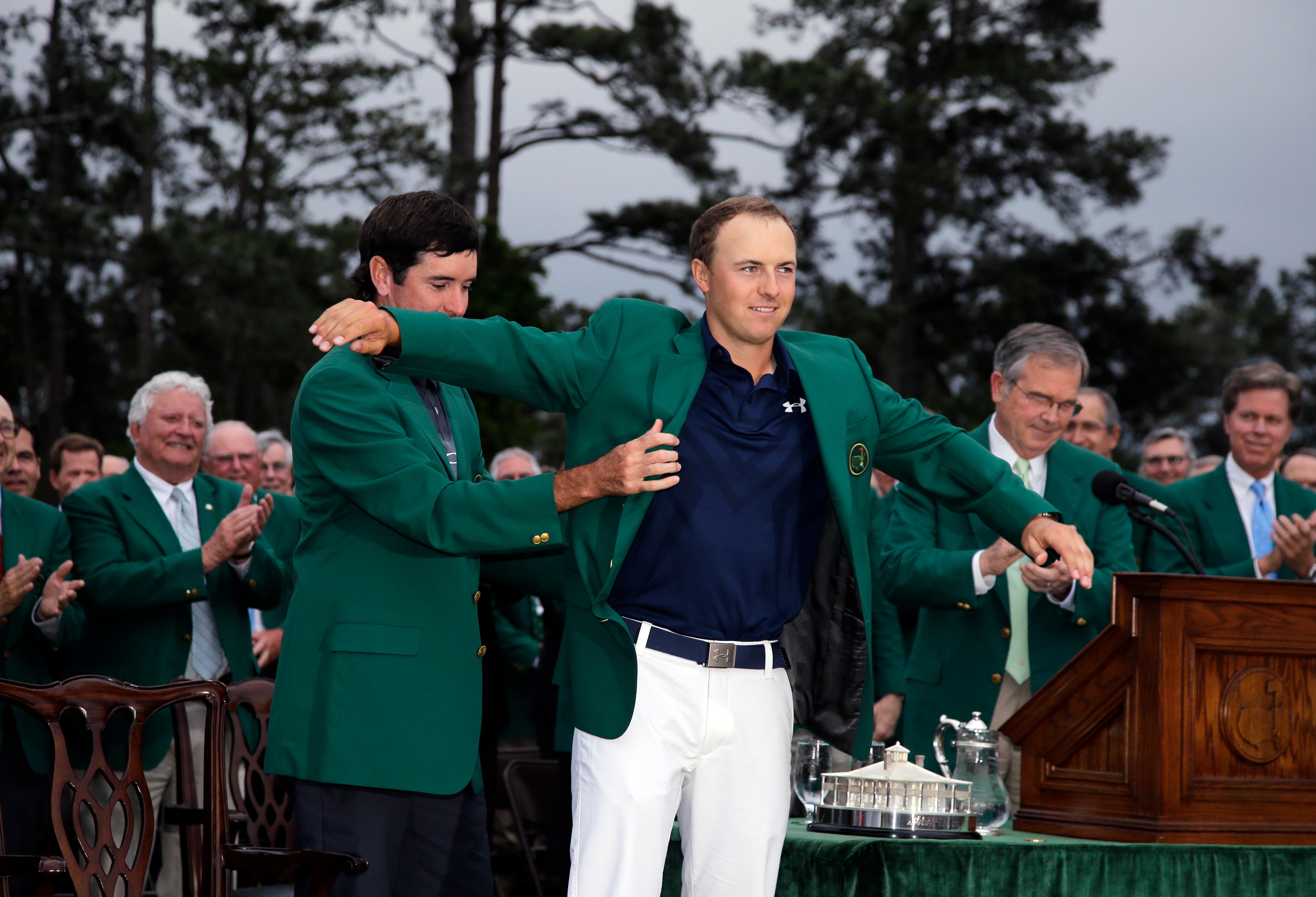 The first tournament of the new year kicked off in Hawaii this week with the Hyundai Tournament of Champions. Jordan Spieth, predictably, is off to a hot start entering the weekend with defending champ Patrick Reed in the mix. With the PGA Tour kicking off it’s 2016 season, this week was a busy one in golf. We’re here to catch you up on the biggest stories of the week that you might have missed.

1) Augusta National Green Jacket Sold in Houston After Being Donated

Anyone out there lost a green jacket from Augusta National? A Houston non-profit had a box of donated clothes, and while going through it this week, they found one of golf’s most prized artifacts. The jacket appeared to be from the 1960s. There’s a lot of talk about a new Big 3 now that Jason Day jumped into the top tier of the Tour after his dominant run to end the 2015 season. For Rickie Fowler to make it a Big 4, he knows he has to do one thing in 2016: win a major. First, Samuel L. Jackson said he was better at golf than Donald Trump because he didn’t cheat. Trump responded and said he never played golf with Jackson and the actor was boring. Anthony Anderson jumped in the mix and supported Jackson’s golf claim, tweeting at Trump that they shared a meal of shrimp and hot dogs. Trump responded and said it was Jackson that cheats at golf, not him, and that Trump has won many club championships. Classic! Once upon a time, the Black Knight met The King. It sounds like the stuff of fairytales, but it actually happened when Gary Player visited the set of Elvis Presley’s 1961 film, Blue Hawaii. The resulting photo is nothing short of amazing. After experiencing severe vertigo at the U.S. Open, Jason Day faced another minor bout the following month at the British Open. Day revealed in a press conference this week that on Saturday at St. Andrews he felt dizzy again, but nothing like what happened at Chambers Bay. “I knew it would open another can of worms,” Day said. “And I didn’t want to talk about it.”

Now this is dedication. David Howell’s shot landed in a greenside hazard at the South African Open, but he was not going to let that deter him. He stripped his shirt off, hopped in the hazard and played the shot. Kids, take note. Golf is an extreme sport.