The Papal Golf Trail: 9 Stops Pope Francis Should Add To His U.S. Itinerary 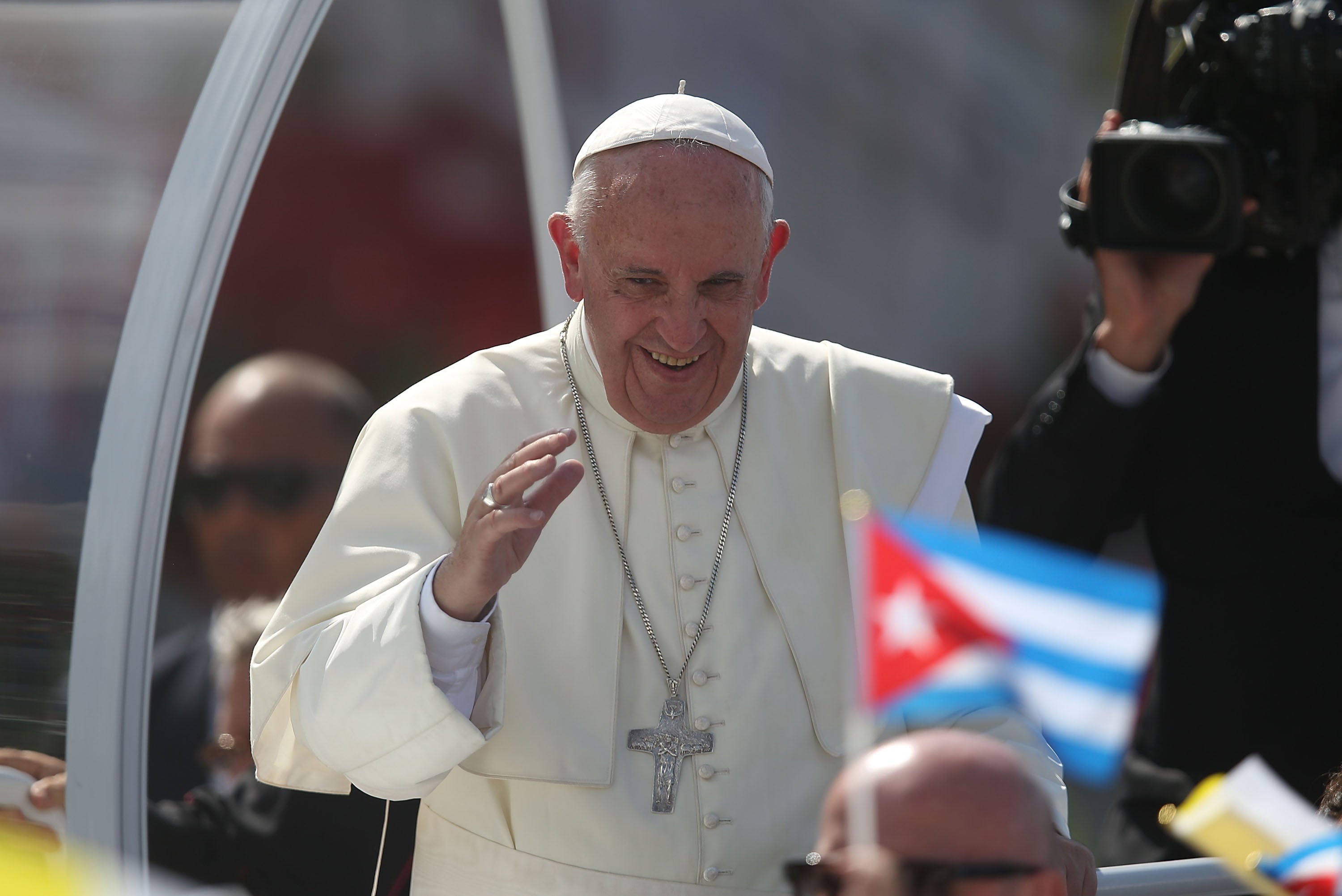 When Pope Francis pays his first-ever visit to the United States this week, he’ll make stops in Washington, D.C., New York City and Philadelphia, but alas there are no signs of Congressional, Bethpage Black or Pine Valley on his itinerary. (Blasphemous, right?) We get it. His Holiness is a busy man with a packed agenda. Still, if there’s any flexibility on his calendar, we’d give our blessing to these nine golf venues with, um, spiritual links.

In the ’burbs north of Indianapolis, this club takes its name from a term that refers to a kind of in-between state endured by sinners. (Or the golf equivalent of being caught between clubs.) Encircling the club logo is a Latin phrase that translates into: “Time Spent Here Will Be Time Well Rewarded.”

The most notorious bunker at this storied U.S. Open venue comes into play between the 3rd and 4th holes and features 12 grassy ridges that resemble church pews. They call it—get this—the Church Pews. But if your ball lands in it, you haven’t got a prayer.

This pretty Pennsylvania course has a steeple on its logo, so the Pope could peg it on a Sunday morning without feeling like he’s skipped mass. His Holiness might also want to carve out some time for Churchville Park (N.Y.) Golf Course and Priest Lake (Idaho) Golf & Tennis Club.

Alister Mackenzie was the Michelangelo of golf course architecture, and Cypress Point has been called his Sistine Chapel. From this aerial shot, the 16th hole sure looks divine.

America’s oldest club dates to 1888, back when golfers played with gutta percha balls and the papacy was held by Leo XIII. The track shares a name with Scotland’s patron saint and is just 20 miles from New York City (which, should Pope Francis get thirsty, is home to a golf-themed bar named, you guessed it, St. Andrews).

As a spiritual leader, you’ve got to figure Francis would feel at home at any course with an Amen Corner. But you know that fiery speech he gave on runaway capitalism, the one in which he called it the “dung of the devil”? He best not repeat it here.

Carson City and the surrounding Carson Valley in Nevada market what they call the Divine 9, a cluster of nine courses all within 40 minutes of one another. Every summer, a public relations man named Phil Weidinger invites members of the golf media to tour the Divine 9 with him, hauling them around on a bus stocked with a cooler called “Chad Hartley,” named for a former Reno sportswriter who also took up a lot of space and was full of beer.

The world’s top ranked track is pocked with several places that will test your faith, including a barren stretch on the 7th hole that’s known as “Hell’s half acre” and a pot-bunker on the 10th hole nicknamed the “Devil’s A-hole.” Abandon all hope ye who enter there. As its name suggests, this 27-hole resort is a tranquil spread, set in the clean air of a lovely mountain region. Then again, when you’re really into golf, pretty much any course is heaven on earth.