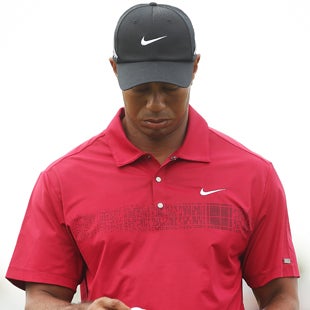 In the April 4 issue of Sports Illustrated I wrote a long story about Tiger Woods. It was originally much longer, but 3,000 words had to be trimmed to make it fit into the allotted 12 pages. Consider this the director’s cut, my chance to share some bonus material that is, I think, too good not to see the light of day.

In going back to reconstruct key moments from Woods’s life and career, I was struck by how momentous the 2010 Masters turned out to be. It was Woods’s re-entry into tournament golf in the wake of his sex scandal. We all remember Billy Payne’s public shaming from the bully pulpit of his chairman’s press conference. It always struck me as an inappropriate piling-on, and in researching this moment I found a nugget from The Augusta Chronicle that nicely sums up Payne’s hypocrisy: “He’s the man who headed the lavish gift-giving campaign that helped buy the votes to bring the Olympics to Atlanta in 1996, then issued a grossly inaccurate report to Congress downplaying the extent of his organization’s improprieties.”

For the first two rounds of the ’10 Masters Woods was paired with Matt Kuchar, who says, “I remember [tournament official] Fred Ridley came up to tell me before the [public] release of the tee times. I said, ‘God, Fred, I thought you guys liked me.’ ” I love that line. Kuchar adds, “I remember thinking it was going to be a really challenging round. I remember thinking that there was probably going to be some really ill will toward Tiger. I was shocked at the great response he got. There was such support for him. I had just thought from all that happened, that he’d probably lost fans. But it sure seemed like people were awfully forgiving and excited to see him play again.” The atmosphere on the 1st tee on Thursday was fraught, but Woods dug deep and produced a terrifically clutch swing, splitting the fairway. “Nobody knew what to expect,” says Kuchar, “and after he hit that shot, you knew he was there to play.”

In fact, Woods summoned one of the more remarkable performances of his career, shooting 11 under par to tie for fourth. His stumbles two months later, in the final round of the U.S. Open at Pebble Beach, made it plain that Tiger was no longer the player he had been before the scandal. But was he now a better person? His playing partner that Sunday at Pebble Beach was unknown Frenchman Gregory Havret, who says, “Just to be on that 1st tee on Sunday, playing alongside Tiger on the final day of a major, was probably the greatest moment of my professional career.” He was amazed that even as Woods bogeyed six of the first 12 holes to blow himself out of the tournament, he remained chatty and personable. “Then on 18,” says Havret, “I had that six- or seven- footer for a chance to maybe be in a playoff, and Tiger said to me something like, ‘Come on, knock it in.’ Of course, that was the goal but Tiger giving me encouragement to hole the putt wasn’t something I was expecting on the final green on the final day of a major championship.”

Looking back at that tournament, Golf Channel analyst Brandel Chamblee had an insightful take: “To play this game the way [Woods] had, at the absolute highest level, mentally you have to be there completely. When you’re standing in the fairway, the less clutter you have in your mind, the more things you can process: the softness of the turf, the grain of grass, what the adrenaline is doing to your body, how the club feels in hand, the slope of the green and how it will receive your shot. Those are just a few. The best players play with the freedom to take that all in and make the right choice time after time. The more you’re caught up in an off-course struggle, or swing confusion, or worried about what the people in the gallery are thinking or saying about you, the fewer variables you can process. For Tiger’s play on that Sunday to be so sloppy, for him to be so flat emotionally, it was a very clear psychological tipping point.”

It’s been a long, painful decline since then. Woods hit rock-bottom last year at the Memorial, where he has won five times, shooting a third-round 85, the worst score of his professional career. His playing partner that day was Zac Blair, then a 24-year-old Tour rookie who calls Woods “my all-time favorite athlete,” “my idol” and “my role model.” In his trophy case at home Blair has a signed hat from Woods that he scored as a kid. “Honestly, he didn’t play that bad,” Blair said of Woods’s 85. “He had some very atrocious breaks. He made an 8 or 9 on number 18 and an 8 or 9 on number 9. I definitely got to see how he is the best player in the world. He hit some shot that were, like, wow.”

Woods did take a quadruple-bogey 8 on the 18th hole but only a double-bogey six on the 9th. Take away those two blowups and he was still seven over par on the other 16 holes, so it’s not clear what Blair found encouraging. But hero worship doesn’t die easily.

One thing I found in interviewing so many Tour pros is that, despite Woods’s manifold struggles, they still have a deep reverence for what he achieved. I had a long chat with Sean O’Hair, who went into the final round at Bay Hill in 2009 with a five-shot lead but lost to Woods’s dramatic 72nd-hole birdie. O’Hair couched his opponent’s powers in the language of superheroes: “Tiger Woods in his prime, it was almost like he had an invisible force field around him. He was larger than life. He was unbeatable.”

Tiger and I turned pro the same year: 1996. I came out of UCLA a few months before he left Stanford. I’ve followed him for the entirety of his career and there have been some memorable stolen moments. The 2000 American Express Championship was the final stop in the greatest season in golf history. Woods had arrived at Valderrama Golf Club in Sotogrande, Spain, with nothing left to play for. He was clearly spent. Surely he would have loved to skip the tournament, as most other top Americans did, but for the fact that the title sponsor was one of the patrons that ultimately pushed his annual earnings into nine figures.

Woods was within two strokes of the lead playing the 71st hole, a ridiculous par-5 with a putting surface so steeply pitched that only the most perfectly executed shots would not trickle back into a pond fronting the green. Woods rinsed his third shot, dooming him to a fifth-place finish. At the end of his round he marched into Valderrama’s small locker room, which was deserted except for his loyal lieutenant Mark Steinberg. Woods was changing his footwear when, abruptly, he picked up one of his spiked shoes and started whaling on his golf bag, sending chunks of leather flying across the room. The violence was stunning. Then Woods stood up as if nothing had happened and strolled out of the locker room. I followed, hoping for a quick interview, but he disappeared into the backseat of a waiting Mercedes. A phalanx of cars sped off to escort Woods to the airport, as if he were a head of state.

Standing at the curb, I was left to wonder, What happened? Was he upset over his wedge play, or bitter at the golf course? Was Woods resentful that his corporate masters forced him to play in a meaningless tournament halfway around the world, or, ever mindful of his place in golf history, was he pissed that he had missed the opportunity to become the first player to win 10 times in a season since Ben Hogan in 1948? Was something going on in his personal life that caused him to boil over?

As always with Woods, there were so many questions. But before any definitive answers could be had, he was long gone.