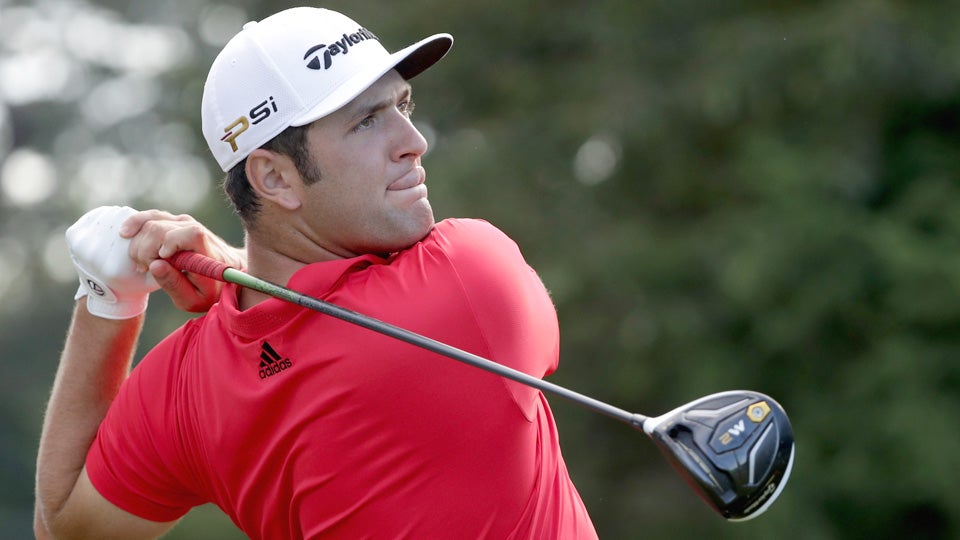 Jon Rahm hits a tee shot on the 11th hole during the first round of the 2016 Wyndham Championship.
Getty Images

It’s a new season on the PGA Tour, with unfamiliar names and fresh faces. Here are the newbies who appear most ready to have an impact:

Age: 26
College: South Carolina
Bryan was the 11th player in Web.com Tour history to win three events in a season and earn a so-called battlefield promotion to the PGA Tour. Before his Tour success, he did a series of trick-shot videos that got a lot of YouTube views – including this one, which topped three million. His skill is getting the ball in the hole. He led the Web.com Tour in putts per round in 2016.

Age: 23
College: Southern Methodist University
His profile is already recognizable—his Hogan-style cap stands out and reminds us of another SMU alum, Payne Stewart. DeChambeau was a physics major who has drawn attention for playing irons that are the same length—all are sized like a 7-iron—and he has given them nicknames. He has talked about using a sidesaddle putting style on the Tour, a method he tried successfully in a few amateur events. In 2015 he won the NCAA title and the U.S. Amateur. Age: 26
College: San Diego State He had seven top-10 finishes on the Web.com last season and is a strong ballstriker—he ranked second in greens hit in regulation. He worked his way up through three seasons on the Mackenzie (Canadian) Tour, winning the Order of Merit in 2015, which got him exempt onto the Web.com this year.

Age: 27
Birthplace: London, England
The man called Beef already has his own Arby’s commercials thanks to his star turn at the British Open, where he finished eighth. He drew further attention in the U.S. before the PGA Championship when he tried out hamburgers in a media blitz around New York City. He’s got a distinctive beard, gap-toothed smile and a self-deprecating personality. Beef is also a big hitter off the tee.

Age: 23
College: Arizona State
Caddie Mike Hicks, who looped for Payne Stewart during his 1999 U.S. Open win, came out of retirement to work for Murray, a family friend who is loaded with talent. Murray won the final Web.com tournament, which punched his ticket to the PGA Tour, and led the Web.com in scoring average. Murray hits it straight and putts it great, a strong combination.

Age: 25
College: California-Berkeley
The native Californian figures to rank among the tour’s biggest hitters. He averaged 321 yards off the tee on the Web.com Tour and while he was winless, he had five top-10 finishes. He also led the tour in eagles and was 12th in putts per round.

Age: 25
College: Washington
This Taiwan native has been a success at every level. He won twice in Canada in 2015 and just missed a win this year on the Web.com tour, losing in a playoff. His dad pushed him growing up, dropping C.T. off at the gated entrance and making him run three miles to the golf clubhouse. Pan stands only 5 feet 6 inches but hits it hard for his size and is known for his course management and maturity.

Age: 23
College: Georgia Tech
Ollie was a college star and low amateur at the 2015 British Open at St. Andrews. Known mostly for his putting, he also remains one of the few pro golfers to not wear a hat or visor. He won a Web.com event to advance to the big show this year.

Age: 30
College: Michigan State
Call him a late bloomer, but Brehm, from Midland, Mich., breezed through the Web.com in his first full season, winning once and finishing fourth on the money list. After college, he was an assistant golf coach for MSU and then had a turn as the team’s interim head coach. He’s a big hitter who ranked ninth in driving distance on the Web.com tour.

Age: 23
College: Western Carolina
First, Poston started the year with no status and played his way onto the Web.com tour via Monday qualifying. Then he continued his superb play and finished among the tour’s top 25 for the season, earning his PGA Tour card. He was third in scoring average last summer, and now lives in Sea Island, Ga.

Age: 21
College: Arizona State
A native of Spain, Rahm kicked off his season by finishing 15th at the Safeway Open, including his first hole-in-one, a feat he celebrating by sending wine (local Napa Valley vintage, of course) to the media center. He’s the only collegian to win the Ben Hogan Award twice and his 11 college wins at ASU were second in school history to some guy named Phil Mickelson, who won 16. Age: 26
College: Texas
Gribble is a steady and consistent performer, like his former NCAA champ teammate Jordan Spieth. A clutch fifth-place finish in the final qualifying event earned him a spot on the PGA Tour. He placed eighth at the recent Safeway Open.

Age: 26
College: Kent State
A Canadian from Dundas, Ontario, Hughes advanced from the Web.com tour with a victory last summer. He played his first major championship in 2013 at the U.S. Open at Merion and has played the Mackenzie and Latino America tours.

Age: 20
College: Oregon
Wise turned pro last summer after his sophomore season when he won the NCAA individual title and led the Ducks to the team championship. He doesn’t have any status, but he’ll try to play his way on via sponsor exemptions. Wise got an exemption to the season-opening Safeway Open but missed the cut.

Age: 23
College: Illinois
Campbell notched four straight top-10 Web.com finishes last summer, including two runner-ups. He is no relation to the Chicago Blackhawks defenseman who shares the same name, but Campbell did hear from his hockey namesake after finishing as low amateur at the 2015 U.S. Open. His college golf teammates include Luke Guthrie and Ryder Cupper Thomas Pieters.