The Fab 50: The Greatest Golfer From Every State 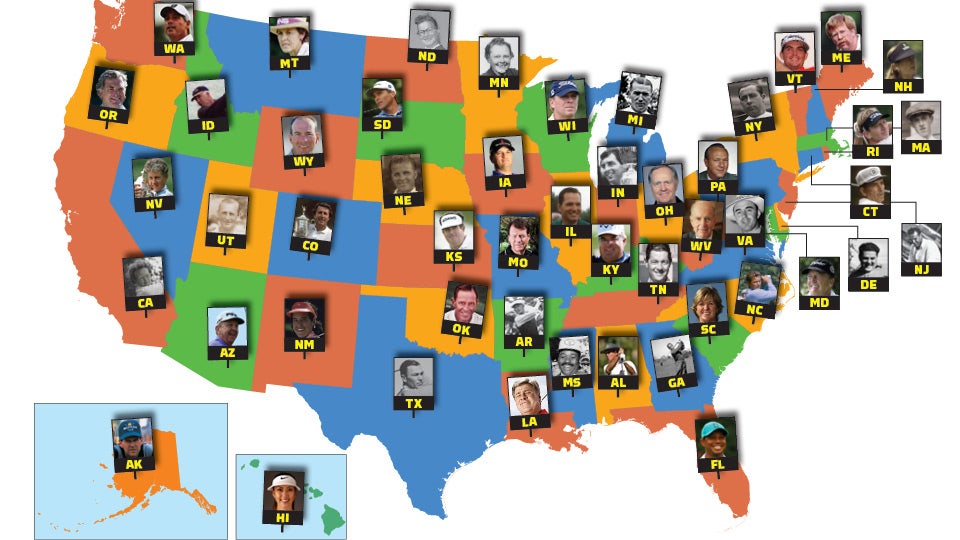 If identifying the best golfer from every state sounds like a near-impossible task, that’s because it is. The process is littered with excruciating decisions. To wit, which Washington State native had a better career: Fred Couples or Joanne Carner? Here’s another: Who deserves bragging rights as Louisiana’s top dog — Hal Sutton or David Toms? You could make a strong case for either one. And how about New York, where two giants, Walter Hagen and Gene Sarazen, shaped their legacies? Tough call, right? And yet we endured, parsing resumes and birth certificates, to nominate the best-ever player from all 50 states.

Before we dive in, a word about our methodology: It was hardly scientific. (How could it be?) Major wins and Tour titles were the most important factor but when tiebreakers were needed we leaned on other variables, such as a player’s influence or overall impact on the game. We were also flexible on what constituted a golfer’s “home state.” For instance, if a player was born in state A but spent most of his/her golf career living in state B, we felt that gave him license to represent state B. (See, Woods, Tiger.)

But enough preamble. Here, from Alabama to Wyoming (and, yes, even Alaska, too!), is the greatest-ever golfer from every state in the union. Did we botch the call in your home state? Let us know about it in the comments section below.