The Case for The New Match Play

The WGC-Cadillac Match Play Championship will be held at TPC Harding Park in San Francisco this year.
Getty Images/Keyur Khamar

Logic said it was a tournament that couldn’t fail. A unique format featuring 64 of the game’s best players, held at one of the PGA Tour’s more popular ­venues—what’s not to like? Office pools were formed, brackets filled out. Watercooler buzz was reflective of a glass more than half full.

So not even the most dire pessimist could have foreseen the WGC Match Play losing 4 and 3 to reality. The event simply hasn’t sustained any momentum since its 1999 inception, with that inaugural gathering producing a quartet of semifinalists all outside the top 20 in the World Ranking. Cinderella does her best dancing with college basketball; professional golf is a star-driven enterprise. Galleries were basically non­existent at La Costa, the Match Play’s original home, prompting the Tour to leave Southern California in 2006.

Now comes a relaunch to the relaunch: this week’s one-off visit to San Francisco, a city with exceptionally strong golf roots, then perhaps a permanent move to Austin, a city that hasn’t hosted a Tour event in the modern era. Is the Match Play finally growing up? Some 16-year-olds are easier to read than others.

“I don’t think it was ever done right, and because the tournament was struggling, something had to be done,” says recently retired Tour pro Joe Ogilvie, who played a key role in landing Dell as the Match Play’s future title sponsor. “The Tour has done an incredible job in reshaping things. This new format is intriguing.”

Ah, the new format. More than a trip to the Bay Area or a commitment to the capital of Texas, the revamped structure is the real story here. Gone is the one-and-done format that knocked out so many big names in the early rounds. Instead, the 64-man field will be chopped into 16 four-player pods. Each guy will play the other three in a round robin, and the winner of each group will advance to the weekend.

“You’re at least there for a couple of days,” says defending champion Jason Day. “Guys who lose early still have a chance to play in the later rounds, which is neat.”

Easy for Day to say—he has won 11 of his last 12 matches in the event—but the motive is clear. Many players, particularly those in the international contingent, were turned off by the ­single-elimination­ format. Why fly 6,000 miles to play 16 holes? From a commercial standpoint, the round robin makes total sense, but it was osten­sibly designed to prevent the game’s primary stars from taking the week off. 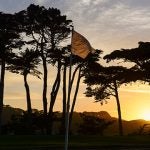 That was an issue in 2014. Tiger Woods, Phil Mickelson and Adam Scott all passed, depriving the tournament of Nos. 1, 3 and 4 in the world. Absenteeism hasn’t been a major problem in recent years, but you can’t lose three-quarters of your Mount Rushmore du jour and expect people to give a hoot.

Time for some change. The Golf Club at Dove Mountain wasn’t exactly getting it done either. A Jack Nicklaus product with ridiculous greens, the course wasn’t on anyone’s list of top 10 Tour venues even after the putt­ing surfaces were substantially altered. Located on elevated desert scrub about 35 miles northwest of Tucson, the Dove just never got any love.

So Marana, Ariz., is in the rearview mirror. This week’s site, Harding Park, has history and a solid reputation, having hosted the 2009 Presidents Cup and another WGC event in 2005. Moving the Match Play from February to May was no big deal—the event will be played in late March once it heads to Austin.

You may recall the two inches of snow that fell in 2013, forcing a suspension of first-round play at Dove Mountain. It was another example of how the best-laid plans can turn ugly. If there’s such a thing as a Match Play made in heaven, a call to Ponte Vedra is in order. The Tour could use the help.