‘That Is A Tap In, MATE!’ Cricket player disses Kevin Na over slow play, Na hits back 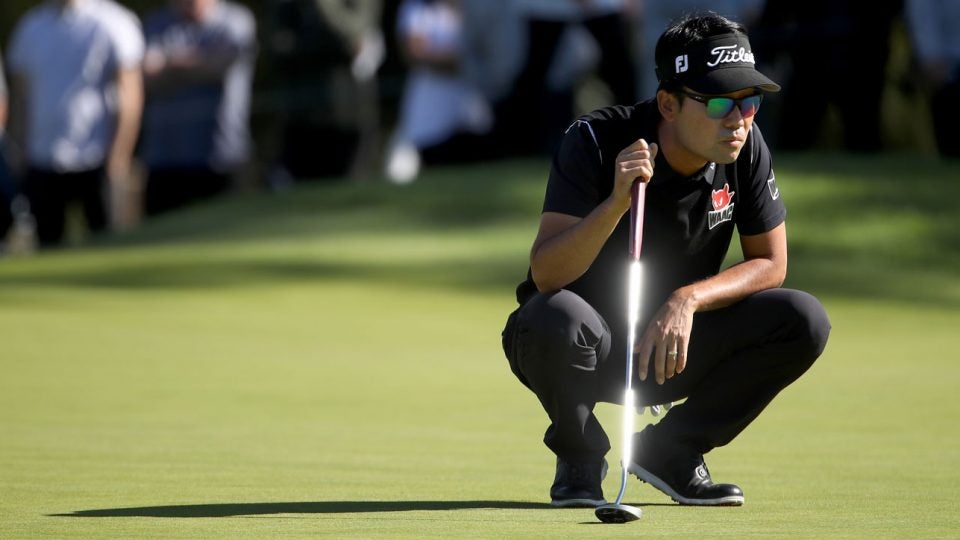 Kevin Na lines up a putt on the first green during the final round of the Genesis Open.

Kevin Na has endured a lot of criticism on Tour over the years for his penchant to take his time with every shot on the course. Now the abuse is coming from a different sport altogether: cricket.

English cricketer Kevin Pietersen took to Twitter to jab Na for his slow pace of play at the Genesis Open last week. He posted a video of Na taking his time over a short putt, along with a chippy message.

That Is A Tap In, MATE! pic.twitter.com/YMmNT6m5H7

He took it a step further two days ago with this tweet, condescendingly demonstrating the proper way to hit a “tap in” at a Trump course in Dubai.

Hey, Kevin Na – THIS IS HOW LONG A TAP IN SHOULD TAKE!

But Na wasn’t having any of it. Na defended himself, and showed the ignorance of Pietersen’s argument in an Instagram post. The post acknowledged, with photographic evidence, that the “tap in” in question was not a tap in at all. Na wrote, “lets get some facts straight. Shot tracker shows what u call “tap in” 3ft 4in. Since when is 3’4” on green speed 12 a ‘tap in.'”

Furthermore, Na noted that given his solid position on the leaderboard, that putt could have been worth as much as $300,000.

It’s true that Na is without a doubt one of the slowest players in pro golf, and while no one like slow play, I have to side with Na on this one. Criticism from other Tour pros is fair game, but no pro athlete from another sport understands what it’s like to address a two-footer when it could be worth hundreds of thousands of dollars.

Fortunately, Na hasn’t ever let criticism affect how he approaches the game, so don’t expect him to start playing speed golf anytime soon. And more power to him.