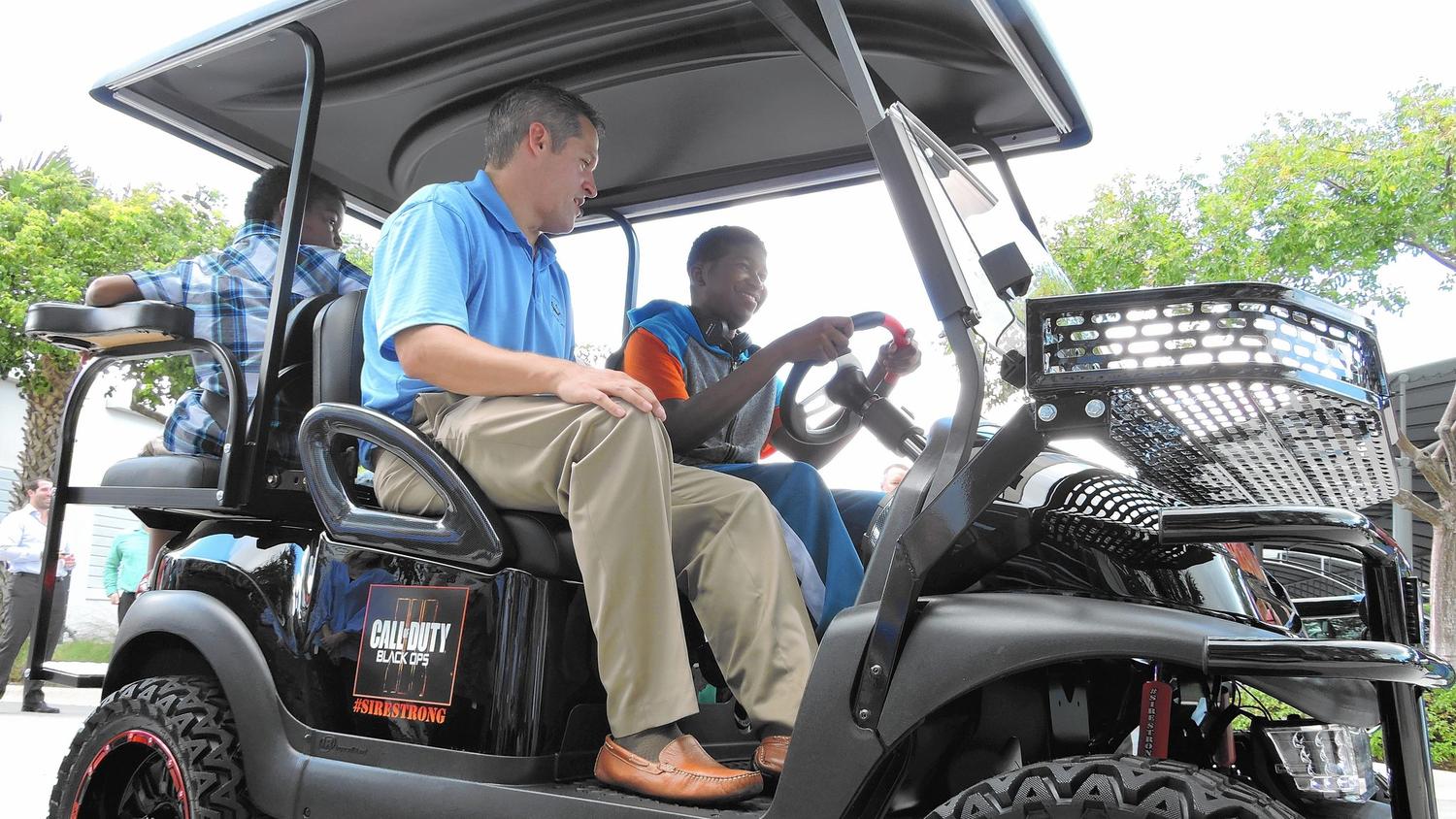 Just because Danny Adams isn’t a golfer, doesn’t mean he can’t have a sweet golf cart to ride around in.

That’s exactly what the 14-year-old got from the Make-A-Wish Foundation; Adams, the son of Miami Dolphins defensive coach “Blue” Adams, is battling brain cancer and has had three operations as part of his treatment. Those procedures have sidelined him from riding a bike, so the foundation partnered with North Carolina’s Triad Golf Carts to help the teen find a way to hang out with his friends.

The cart, which took about 95 hours to make (over twice the time of a generic model), features LED underbody lighting, 14-inch wheels, a lift kit, rear struts, a 7-inch touchscreen DVD player with surround-sound stereo, and Call of Duty: Black Ops-inspired color scheming – Adams’ favorite computer game. Polen Capital of Fort Lauderdale helped to raise the funds to cover the cost of the golf cart, which came in at $14,500. 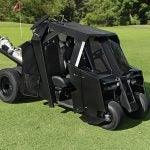 “This is the No. 1 cart to ever come out of our shop,” David Parrish, the owner of Triad told the Fort Lauderdale Sun-Sentinel. “We went to the extreme for this cart.”

Adams, whose nickname “Sire” inspired the motto his family rallies around, #SireStrong, was thrilled. The motto is stitched into the seatbacks for ultimate personalization.

“This is nice – this is very nice,” he said at the Make-A-Wish unveiling. “I didn’t expect a TV to be here and the lights – they glow in the dark.”

Who knows, maybe with a ride like that, Adams will pick up the game – if nothing else, to show it off. You can watch the video of the unveiling here.