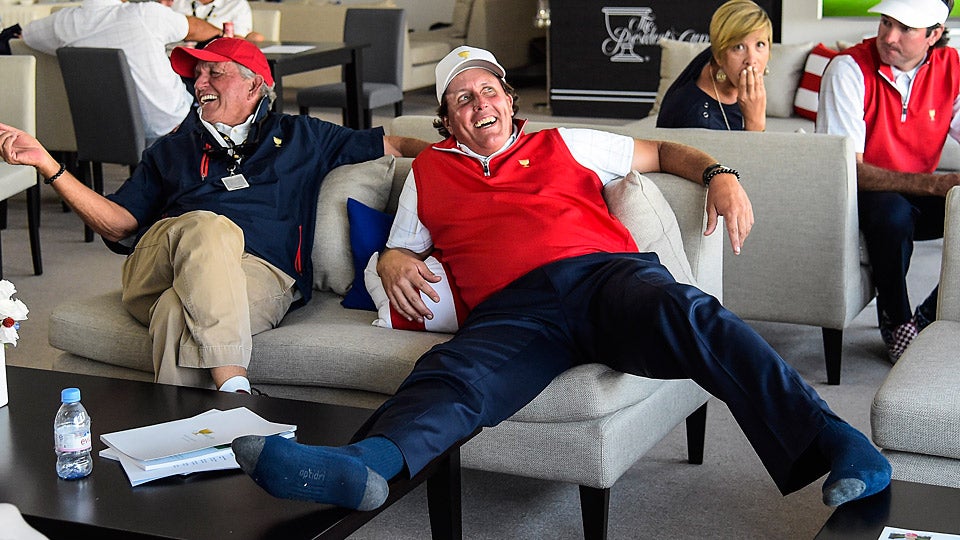 Phil Mickelson relaxes during some downtime at the 2015 Presidents Cup.
Getty Images

Phil Mickelson has long been an elder statesmen in the world of golf and a leader for the United States in team events. In fact, the five-time major winner has been a part of every American side since the inception of the Presidents Cup in 1994.

Now Mickelson is taking his leadership role to a whole new level.

On Saturday at the Presidents Cup in South Korea, U.S. team members could be seen rubbing Lefty’s belly for good luck throughout the day.

The Americans will need all the luck they can get to maintain their 1-point lead on Sunday to win their ninth Presidents Cup title.

There’s plenty of luck to go around. pic.twitter.com/gI6hDDckrw