Tale of Australian Golfers in North Korea Is Greatly Exaggerated 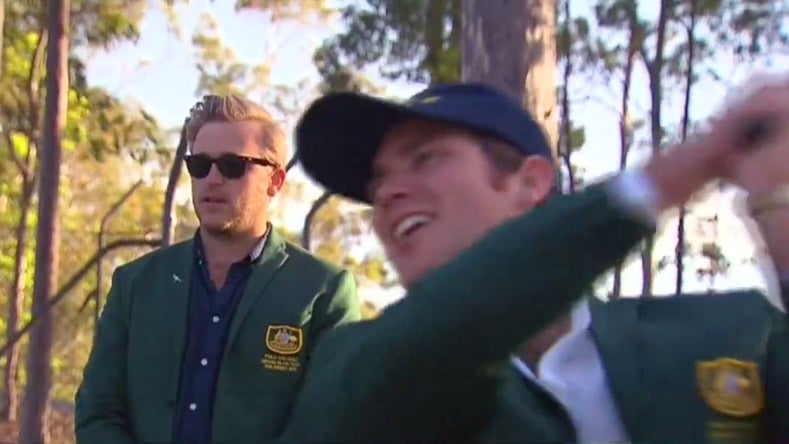 There are lies, damned lies, and then there are golf stories out of North Korea.

The most famous of those fabrications features Kim Jong Il, the country’s late dictator, who, while playing the first round of his life, in 1994, supposedly fired a 38-under 34 at Pyongyang Golf Club, on the outskirts of the North Korean capital, a feat he punctuated with 11 holes-in-one.

That tale is a whopper to top all whoppers.

But it no longer stands alone on North Korea’s list of golf-related fictions.

This week has given us a yarn involving Morgan Ruig and Evan Shay, a pair of 28-year-old Australian golfers whose alleged exploits in the Hermit Kingdom have been making headlines around the world.

Theirs is an exaggerated story.

But in this instance, Pyongyang can’t be faulted for propagating falsehoods.

This time, we’ve got the western media to blame.

To recap, here’s how the story has been told.

According to a host of news outlets around the world, including the Daily Mail, Nine News Australia and Golf Channel, Ruig and Shay were vacationing in China when they decided to lie their way into North Korea to compete in the North Korean Amateur Golf Open, which was held at Pyongyang Golf Club in early October. As a cover, the story goes, the two men posed as members of the Australian golf team, donning official-looking green blazers to bolster their disguise.

Once across the border, Nine News reported, the two men “enjoyed plenty of perks as honored guests,” getting whisked around the capital on guided tours.

Only when play began in an event that attracted “85 international players, many of them playing off scratch handicap or single figures,” were the two exposed as ordinary hacks.

Lying your way into North Korea is not always advisable (I have some experience with this, having fibbed my way into the country in 2012). But, according to Golf Channel, in its own retread of the story, Ruig and Shay managed to make it “out of the country alive and well.”

Such details make for entertaining reading.

Problem is, it’s not really how things went down, according to Dylan Harris of Lupine Travel, the tour operator who organizes the North Korean event.

As Harris told GOLF.com this week, Ruig and Shay got into the North Korean Open the same way most golfers do: they contacted Lupine Travel and asked to play.

They didn’t misrepresent themselves.

“They were right up front about the fact that they were beginner golfers,” Harris said. “Nothing about being members of an Australian golf team.”

On the train ride from China into North Korea, though, the two Australians wore green blazers, a fashion choice that gave rise to a bogus story.

Seeing the Aussies’ official-looking outfits, Harris said, “some North Koreans on the train went up to them and asked if they were on the Australian golf team.”

For Ruig and Shaw, the misunderstanding was apparently just too tempting.

“At that point,” Harris said, “they just decided to go along with it.”

The truth about their skill was obvious to everyone involved in the tournament, Harris said, all the more so when Ruig and Shay teed off. They went on to shoot 120 and 129, respectively, finishing second and third in a field that boasted 24 players, not 85, as many accounts had it.

In short, Harris said, the Aussies didn’t pull off any great deception. But it’s a good story, so why let the truth stand in the way?

“They didn’t prank the North Koreans,” Harris said. “They pretty much just pranked the media.”

As so often happens in the modern era, the embellished story went viral. Harris said the first account he read appeared in the Daily Mail, in England. But it spread around the globe at the speed of broadband.

One aspect of the account is true: Shay and Ruig really were taken on guided tours of the capital. But that is standard practice for any tourist visiting North Korea.

So there you have it. Yet another example of how a falsehood slips into the mainstream, where it’s treated with the credibility of fact.

On the upside, though, he added, it’s been great for business.

“I’ve been getting lots and lots of inquiries about the event.”