Suite of the Week: The Pete Dye Mansion at French Lick Resort 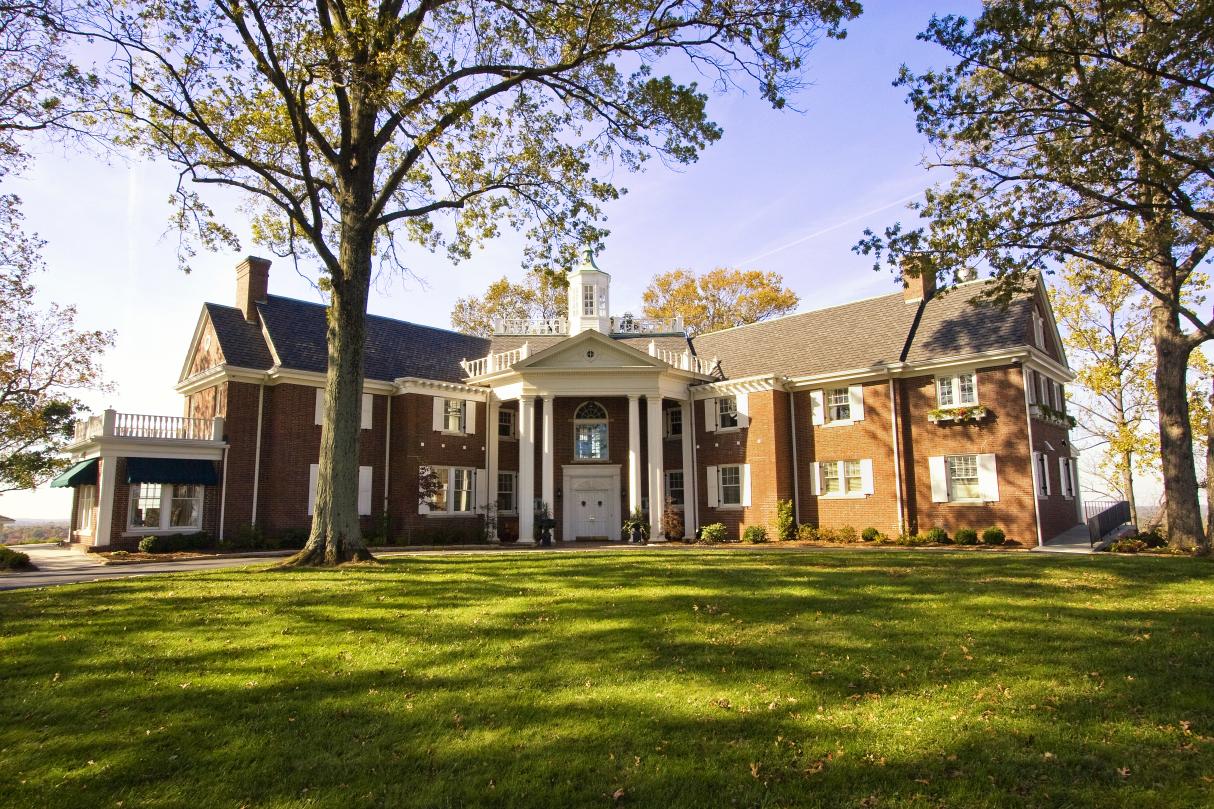 The Pete Dye Mansion was built in 1929 as a private residence.
Courtesy of Fusion Media Strategies

What’s inside: Built as a private home in 1929 by Thomas Taggart, former mayor of Indianapolis, who purchased the French Lick Springs Hotel in 1901, the recently renovated dwelling features four king guestrooms, with separate living and dining rooms. Multiple fireplaces dot the guest quarters, with neoclassical mantels and brass tenders and andirons. Elegant crown molding and arched doorways add a layer of luxury, as do the wing chairs and Chippendale-style sofa. The traditional décor is enhanced by Toile fabric bedspreads and pillowcases and a well-appointed writing desk. More modern flair is supplied via the high-definition flat-screen TVs. Guests have access to chef service for eight people, for breakfast, lunch and dinner. Many of the doors and windows lead to stone terraced porches. Beyond are glorious, pastoral vistas of the Hoosier National Forest.

What else you get: Next door are two handsomely restored hotels, the French Lick Springs and the West Baden Springs. Casino gaming, spas, shopping, horseback riding, indoor and outdoor pools, indoor tennis and bowling are among the attractions. Golf, however, is the most prominent attraction. The six-year-old Pete Dye course is a rugged 8,100-yard test where Colin Montgomerie captured the 2015 Senior PGA Championship. Its companion is a 98-year-old Donald Ross design that played host to the 1924 PGA Championship, won by Walter Hagen. The ancient Valley Links and nearby Sultan’s Run complete the golf offerings.

For other budgets: Guest room rates start at $199 per night.

‘Have the balls to say I’m doing this for money:’ Justin Thomas opens up on LIV