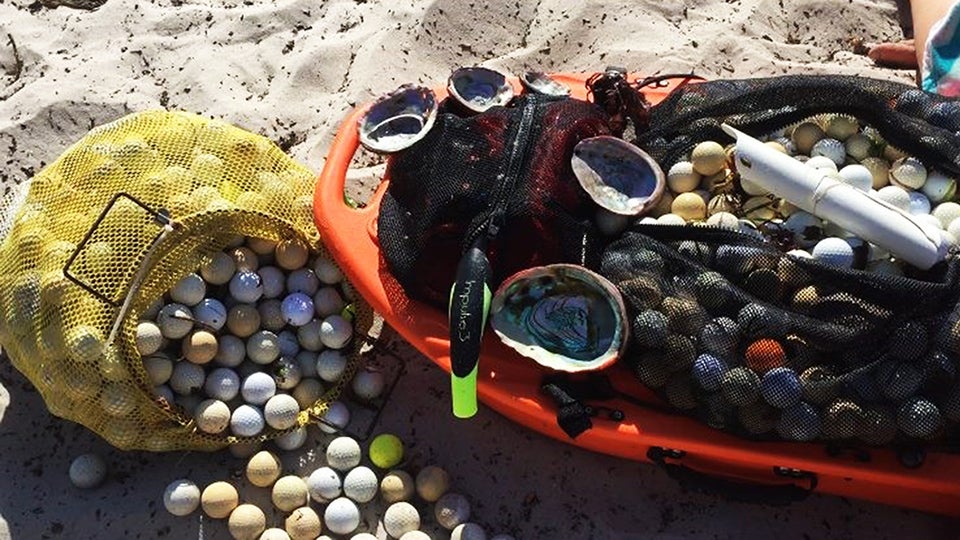 Two students say they have retrieved over 5,000 golf balls in six months from just one cove below the Pebble Beach Golf Links in Carmel, California.
KSBW.com

Two students are taking it upon themselves to call out Pebble Beach Company and the Monterey Bay National Marine Sanctuary to clean up their ocean floor, which is littered with thousands of golf balls.

Alex Weber and Jack Johnston, students at Carmel High School, said they have retrieved more than 5,000 balls from just one cove while free-diving next to Pebble Beach Golf Links, according to KSBW News.

The pair made a video documenting their findings over the course of six months, which culminated in the retrieval of hundreds of pounds of golf balls in various states of deterioration. The teens met with the MBNMS and Pebble Beach Company at the beginning of October to prod them into action.

And while MBNMS superintendent Paul Mitchel says golf balls are less problematic to the ecosystem than other plastics, the organization has committed to coming up with a plan in conjunction with Pebble Beach. That plan will likely include an initial clean up, followed by annual or semi-annual efforts.

Pebble Beach’s Dawn Mathes says the company already employs beach combers to handle the sandy and rocky outcrops their golfers frequently end up in. Now, they’ll hire divers and scientists to retrieve the ones below the surface.

“You know we’ve had decades of scientific researchers, recreational divers out off the coast and no one has brought this to our attention, it’s really these two students who have discovered something, and we are really quite proud of them,” Mathes told local media.

The Pebble Beach Company rewarded the students with $500 scholarships to a high school marine science and sustainability-based program at the Island School in the Bahamas.