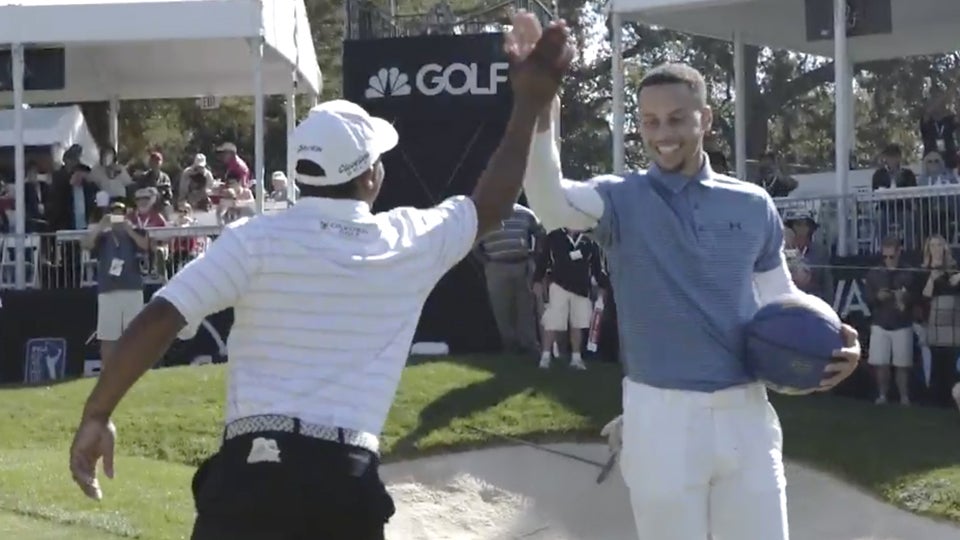 Stephen Curry lost a basketball contest to a golfer. Well, technically, all Harold Varner III did was make one long shot before Curry did, but that’s still good enough for a win over the two-time NBA MVP in our books.

Curry and Varner were playing in the same pro-am group at the Safeway Open on Wednesday in Napa, and they stopped to have some fun with a basketball hoop off to the side of one of the greens. From on the green and shooting toward the stands, Varner sunk his shot before Curry, and the crowd went wild.

“I don’t know. There’s something about Harold and being out here on the green,” Curry said. “If I got him on the court I’d like my chances.”

You can check out the entire video, via Skratch TV, below.

Upset (and reaction) of the century: @HV3_Golf over the @Warriors‘ @StephenCurry30. pic.twitter.com/RaUfyEbqrL