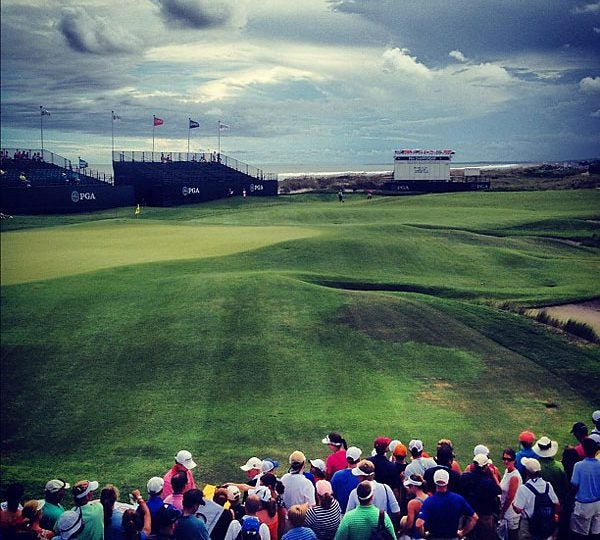 Soon after hitting the professional golf pavement, Tiger Woods became a role model for all kinds of golfers, 8-year-old Stephen Curry being one of them.

As the guest on a new episode of Feherty, Curry discussed the impact that Woods had on his own personal outlook in sports with host David Feherty. Curry — now a single-digit handicap golfer when he’s not winning basketball games — used to emulate Woods with his friends growing up, competing in quasi-Masters showdowns like the one Woods had against Chris DiMarco in 2005.

“He was a groundbreaker, obviously, and somebody — for me, when I was watching him — made me want to watch every single shot of every single tournament he played,” Curry said. “I’d be Tiger. One of my guys would be Chris Dimarco, and we’d have our Masters showdown.” Check out the fun clip of the interview below.

Curry continued to say much of the same about Michael Jordan. It was Jordan’s heroic shot over Craig Ehlo that — like Woods’s incredible chip at the 2005 Masters — Curry would emulate with his friends.

Curry’s full interview with David Feherty will premiere Monday, May 15 at 9p.m. ET on Golf Channel.