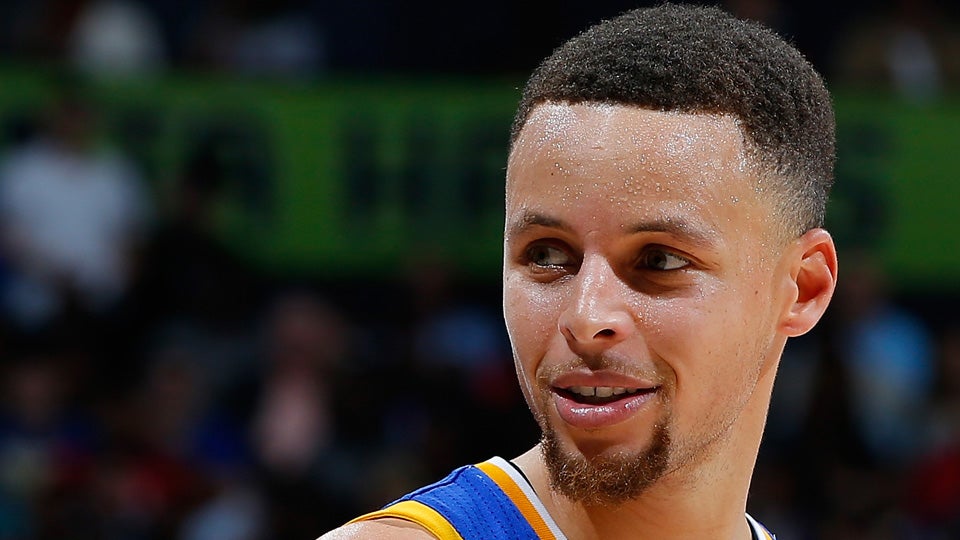 Steph Curry birdied the first hole at Augusta National on Tuesday, but he won't say what his final score was.
Kevin C. Cox/Getty Images

Calling it an experience he won’t forget, Curry was part of a group of Golden State Warriors who got to play the course Tuesday, and the NBA’s 3-point leader and reigning MVP even made a 10-footer for birdie on his opening hole.

As for his score, Curry is keeping that one quiet. He plays to about a 2 handicap.

“I’d never been there before, so it was a real treat,” Curry said Wednesday in Miami, after Golden State’s shootaround practice to prepare for facing the Heat. “I’m not going to tell you what I shot, but that was a bucket-list kind of day. I’m a golf fanatic, so to say I played at Augusta is pretty cool.”

The round was a championship reward from Warriors coach Steve Kerr, who promised Curry and Andre Iguodala that if Golden State won the title, he would use his connections and get them on the storied course. During the on-court celebration in Cleveland after Golden State wrapped up the championship, Iguodala screamed at Curry, “We’re going to Augusta!”

“One of my best friends is a member at Augusta and he’s taken me there a couple times,” Kerr said. “Steph and Andre are such avid golfers, so I told them – obviously, I asked my friend first, and he said `Yeah, let’s do it’ – that if we win the whole thing, you go to Augusta.”

So when the Warriors made their lone appearance of the season in nearby Atlanta on Monday, the timing was right for Augusta to happen. Curry, Iguodala, team executive Jerry West and Warriors owner Joe Lacob stayed behind to play the course that hosts the Masters while the rest of the team’s travel party flew Monday night to Miami.

A few other people with Warriors ties were involved as well, and Curry’s father, Dell, the former NBA player who introduced his son to golf, also got to play.

“They had a great time,” Kerr said.

Stephen Curry remembers playing his first round of golf around when he was 8 or 9, was part of his high school’s golf team and is a past participant at the American Century Championship – a celebrity tournament held in Nevada each summer. He even got to play a round with President Barack Obama last summer, shooting 76 and doing so while Obama drove the golf cart.

He made a 10-footer for his birdie to open his round Tuesday, and then said that any amateur golfer can probably surmise what happened next.

“You birdie the first hole, it can only go downhill from there,” Curry said. “That’s exactly what happened.”