Spieth, Day, McIlroy Locked in 3-Way Race for No. 1 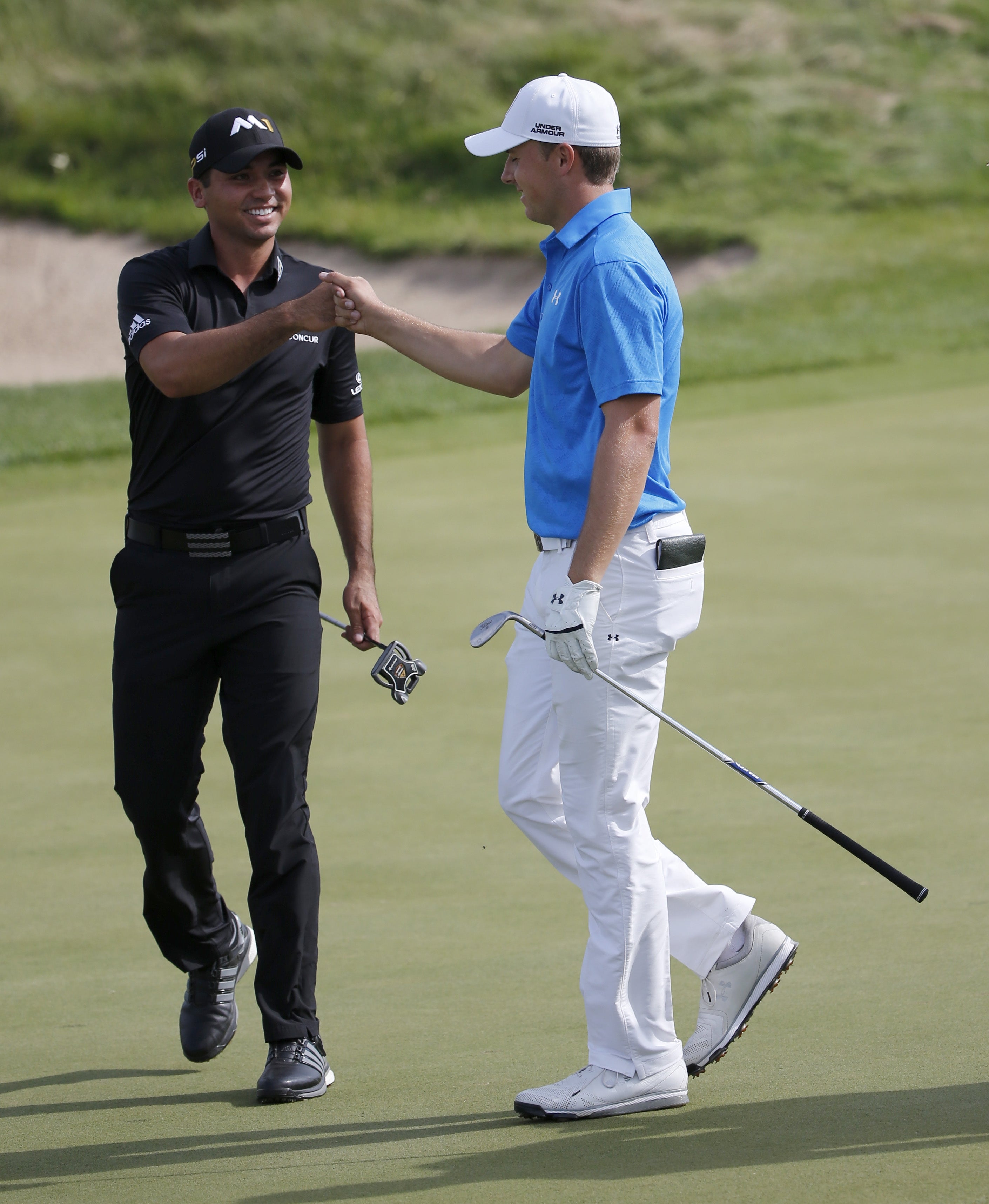 Jason Day, left, of Australia, fist bumps Jordan Spieth, after Spieth chipped in for birdie from off the green on the third hole during the first round of the BMW Championship golf tournament at Conway Farms Golf Club, Thursday, Sept. 17, 2015, in Lake
AP Photo/Charles Rex Arbogast

Looking at the most recent World Rankings, it’s clear: there’s Jordan Spieth, Rory McIlroy and Jason Day, and everyone else.

The New Big 3 all sit within a half-point of each other atop the rankings, a full 3.5 points ahead of world No. 4 Bubba Watson. How significant is that gap? The difference between McIlroy and Watson is greater than the difference between Watson and 19th-ranked Matt Kuchar.

Following McIlroy’s victory at the DP Tour Championship Sunday, the three golfers who dominated the world circuit over the past year are now as close as can be. Spieth sits out front at 11.8011 average points, while Day is just four hundredths of a point behind at 11.7646. McIlroy gained ground on the No. 2 spot with his win, jumping to 11.3198.

As the schedule turns toward the holidays, the rankings will no doubt change slightly. Day might even jump ahead of Spieth for a week or two, or Rory could even grab the second spot. But this we know for sure: it will be some time before another player joins the mix to create a Big 4.