Spectacular Summer of Golf Ahead with New Big Three 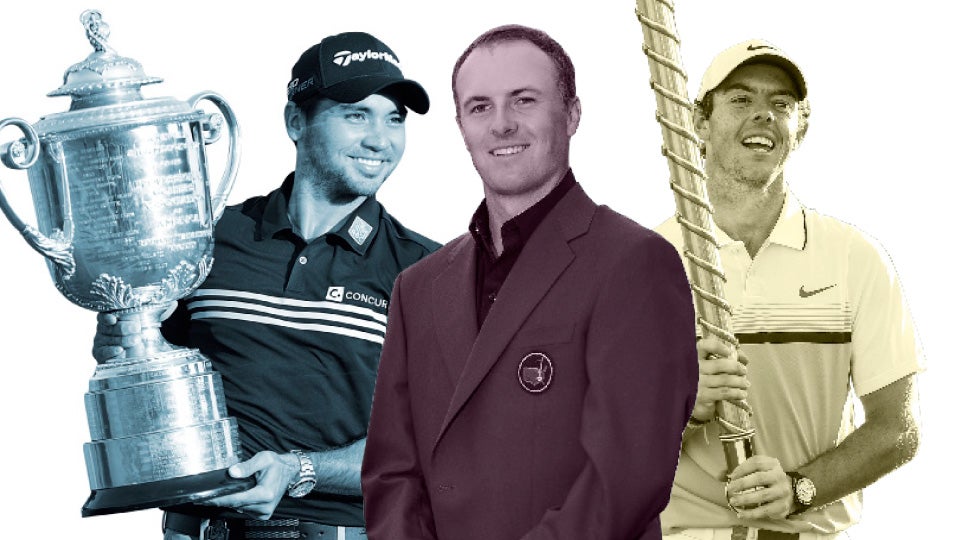 Look for one of the new Big Three to get hot this summer.
DAY: ROBERT BECK/SI SPIETH: KOHJIRO KINNO/SI MCILROY: EPA/ALI HAIDER

The 2016 season has barely begun and it’s already shaping up as one of the most rigorous tests of player ability and stamina we’ve seen in decades. Why? A Ryder Cup and the addition of the Olympics have altered the schedule so that three of the year’s four majors will be played in the span of just seven weeks. While the cluster of high-profile events is a great thing for fans, the hectic pace will wreak havoc on players’ schedules.

How will the summer major season look for many of the world’s top players? It will begin with business as usual, starting with the Masters at Augusta National in early April. Then it’s four weeks until the Players, and another four weeks until the U.S. Open at Oakmont. So far, so good. But players will have to make some tough decisions to conserve energy in the weeks between the U.S. Open (June 16–19), the Open Championship (July 14–17) and the PGA Championship (July 28–31). I doubt anyone in the top 50 will play all seven Tour events in that seven-week stretch. That means having to miss some very prestigious non-majors, like the Quicken Loans National, WGC-Bridgestone and the Greenbrier Classic.

I know what you’re thinking. Come on, Peter. These guys play golf for a living. Three majors in seven weeks doesn’t sound very taxing to me. But here’s the thing: Stress is the No. 1 source of illness and injury in the game, and the stress of being in the hunt every Sunday is different from that of simply making the cut each week. Today’s players know that planning a schedule is largely about knowing how to manage stress, and trust me, there’s more stress in a major—a lot more. It will be interesting to see what the top players do. Some guys like to play their way into a major, while others prefer a combination of rest and practice. This year, players who like to play the week before a major (like Phil Mickelson) might have to adjust. And although youth isn’t required to succeed in the majors, you still have to be in decent shape. Mental and physical stress can take a toll on both your health and your swing. I think you’re going to see a lot of guys play back-to-back majors while skipping the events in between, in order to stay as fresh and as sharp as possible. Last year was special for golf and for Jordan Spieth, who came within a shot of joining the playoff at St. Andrews and possibly winning the year’s first three majors for the first time since Ben Hogan did it in 1953. Jason Day and Rory McIlroy have also shown the ability to reel off a lot of wins starting at any time. Day won four events in six starts, and Rory is a streaky player who’s entering 2016 on the upswing, winning in Dubai in November. All of this, plus 2016’s unique schedule, gives the new Big Three a chance to have a red-hot June and July and add a major title (or three in a row!) to their already illustrious tallies.