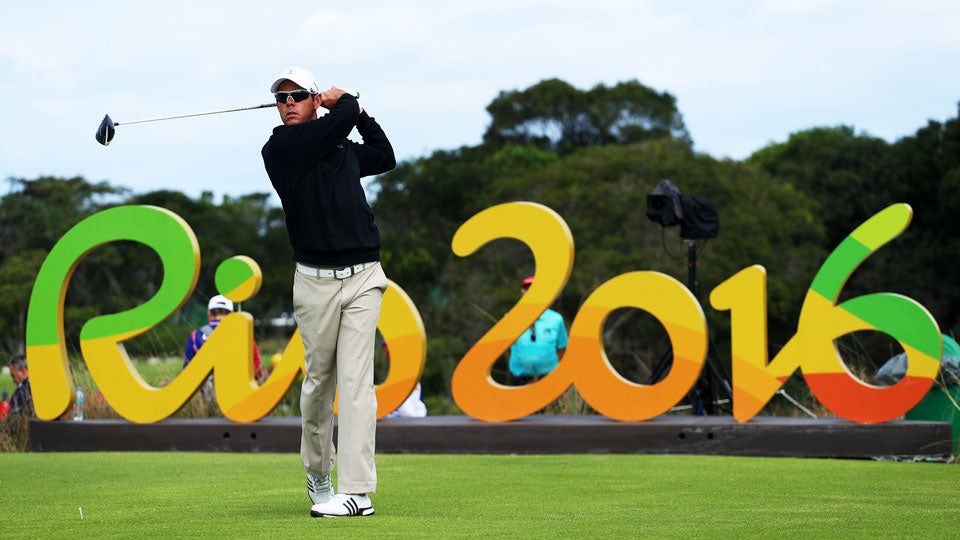 Jaco Van Zyl of South Africa carded not only the second ace in Olympic golf history, but also the second in just three rounds of competition. (Great Britain’s Justin Rose carded the first during the opening round.)

Van Zyl’s ace occurred at the 8th hole of the Olympic course, a 172-yard par-3, which today featured a tough hole location that required a well-placed shot over a large bunker. Van Zyl hit a perfect iron which landed softly and nearly hole-high before rolling a few feet to the right, directly into the cup.

The ace brought Van Zyl to two over for the tournament, well behind leader Marcus Fraser of Australia, who is currently at 10 under par and has yet to begin his third round.

After Branden Grace, Louis Oosthuizen and Charl Schwartzel withdrew from Olympic consideration, Van Zyl became the top ranked South African in the Olympic field. He famously embraced the opportunity to compete in Rio and withdrew from both the British Open and PGA Championship to focus on his quest for a medal. While a spot on the podium seems unlikely at this point, he can add an Olympic hole-in-one to his resume.