Something Auld, Something New: The Old Course at St. Andrews 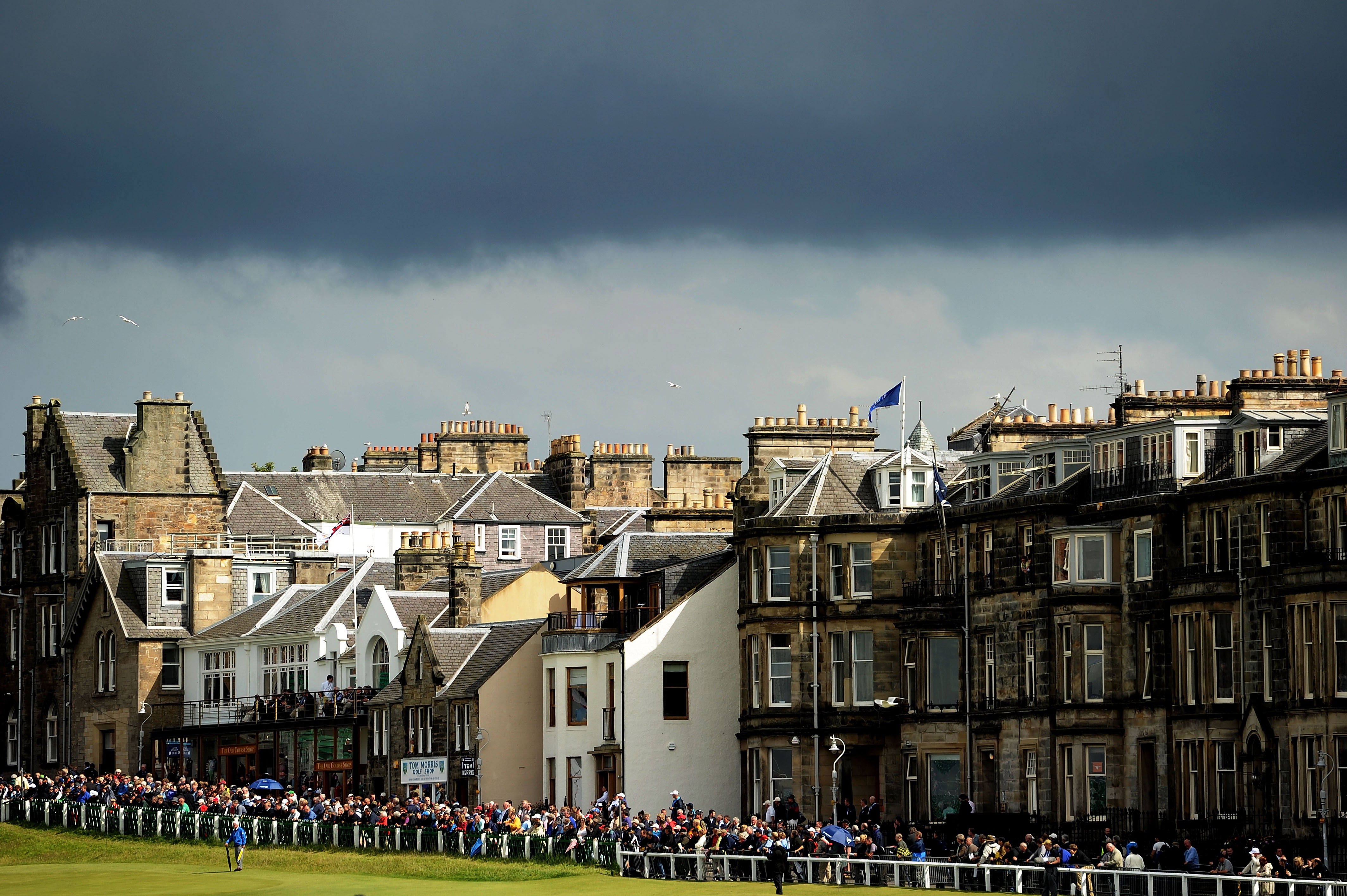 Golf fans watch the play along the 18th fairway during the first round of the 2010 Open Championship on the Old Course, St. Andrews.
Harry How/Getty Images

Of golf’s great championships, the greatest is the British Open. And the greatest British Opens are at St. Andrews in the ancient county of Fife, the Myrtle Beach of Scotland. The Old Course is the king of the 45 Fife courses. It is a strange and wonderful playfield, where furry creatures with buckteeth dart out of the gorse bushes at the close of business. One night in 2007, playing the Old Course as a sneak-on singleton, I got lost on my way to the seventh green. Just then my phone rang. It happened to be a former Old Course caddie returning my call. I described the linksland moonscape before me and Tom Doak told me what hillock to aim for.

I first played the Old Course in 1985 and was paired with a local gent who used his putter from about a quarter-mile off the green. Some years later, I saw Glen Day of Little Rock and the European tour chipping with a 3-wood. Off went a dim bulb and I designed a utility club that combines elements of a putter, sand wedge and fairway wood. Lee Trevino used my invention when he played in his final British Open, at the Old Course in 2000. Tiger completed his career Grand Slam at St. Andrews that week, winning by eight and putting from—no exaggeration—60 and 70 yards in front of some greens.

The Old Course spills into the city and practically abuts a cemetery, a cathedral, a university and many bars. Drinking is a big part of the St. Andrews culture. In 1991, my wife and I spent a fortnight in St. Andrews. One afternoon I saw Tip Anderson, Arnold Palmer’s old caddie, at The Keys Bar on Market Street. He told me his father had been a St. Andrews looper, too. I asked Tip if his father had ever met Old Tom Morris, who died in 1908. “Good God, woman, how old do you think I am?” Anderson responded. I guess he didn’t like the question.

During the first round of the 2005 Open at St. Andrews, play was halted for a moment of silent meditation for the 52 victims of a terrorist attack in London’s public transit system a week earlier. Tiger, it was obvious, was lost in thought. Later, apologizing if my question was too personal, I asked Tiger what was running through his mind. He said that he had been thinking about his mother, Tida, who was in London on the day of the attacks, riding the Underground. He won by five.

That was Big Jack’s final Open. The Scots love the Golden Bear, as they loved Bobby Jones before him. They have adopted Tom Watson, because he is one of them, a no-fuss stoic. Watson could have won on the Old Course in 1984, but Seve did instead, wearing a navy V-neck sweater and an expression that will define joy until the end of time. Watson, who is 65, is playing this year on what is essentially a special exemption from the R&A. I asked him earlier this year what he would do if he managed a top-10 on the Old Course, which would qualify him for Opens through 2020. “Realistically, this is my final Open,” he said. The man has no fantasy life. Maybe that’s why he’s so good.

On the Friday round of the 2010 Open at the Old Course, the weather was south of foul. Play was suspended by (get this) wind, and at about 5 p.m., Woods found himself enduring a long backup on the second tee. Watson, in the following threesome, stood just a few yards away. Neither made any effort with the other. Finally, Woods played. I was watching with my friend Mike Donald, the former Tour player, who said, “Man, was that weird.” We decided to drive across Fife to the tiny coastal town of Elie, to play the sporty course there. The Elie club is private but accommodating to visitors, as golf clubs in the homeland typically are. The wind was howling from every direction on this damp night. For whatever reason, I never enjoyed playing golf more. We quit after 17 holes to get a last-call 10 p.m. supper at the Golf Tavern, opposite the 18th tee.

Right about then, 12 miles away at the Old Course, Tiger was on the 18th green, in the darkness on the edge of town. The Woods group waved up the Watson group so they could finish on that dank Friday night and not have to come back early the next morning. A small number of spectators and townspeople applauded Watson as he finished in the wet wind. In the back of his mind, the five-time Open winner figured he had just played his final Open round on the Old Course. But his main thought then was to sign his card and find a bite to eat.