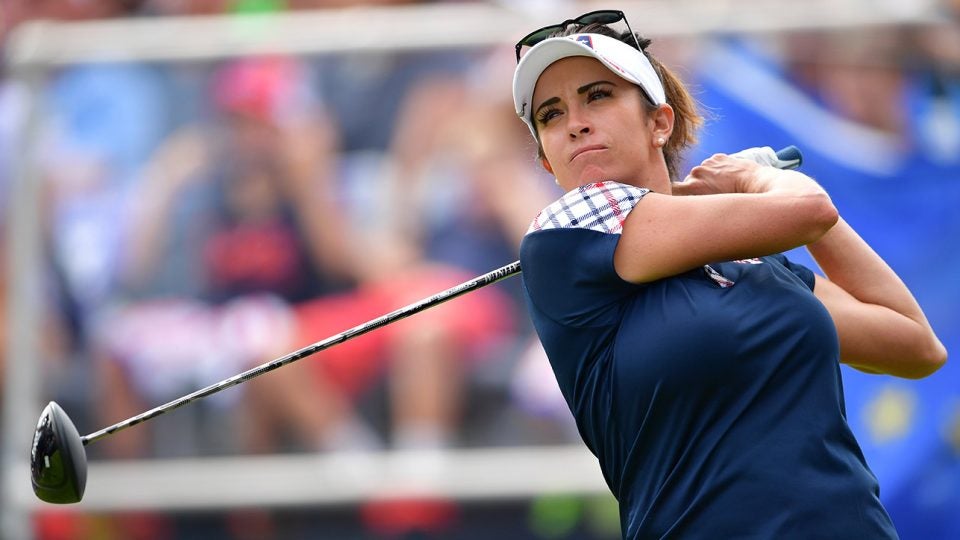 Inkster, the captain for the second straight time, added 18-year-old Angel Yin and Austin Ernst to her 10 automatic qualifiers. She passed over the experience in Paula Creamer and six-time Solheim Cup veteran Angela Stanford. Creamer, a captain’s pick in 2015, will miss her first Solheim Cup since she turned pro.

“This has been a really tough day,” said Inkster, herself a nine-time Solheim Cup participant. “I don’t know if there’s ever been so many people in the running for two captain’s picks. I could have gone a lot of different ways. But in the end I went with my gut, and who I thought deserved a chance to play. I hope it turns out OK. That’s all I can say.”

The Solheim Cup is Aug. 18-20 at Des Moines Golf and Country Club.

The Americans rallied to beat Europe two years ago in Germany and have a 9-5 record in the series that dates to 1990.

Former Women’s British Open champion Catriona Matthew — an eight-time Solheim Cup player — was one of those left disappointed, although the 48-year old Scot will still make the trip to Iowa as one of Sorenstam’s assistant captains.

“It is always hard to say ‘no’ to someone who lives for the Solheim Cup,” Sorenstam said. “She was involved in the plans and knew the players we were talking about and that made it awkward at times. But she has been strong and mature and I am happy to have her on the team either way.”

Four of Europe’s players — Emily Pedersen of Denmark, Madelene Sagstrom of Sweden and English pair Georgia Hall and Florentine Parker — will be making their Solheim Cup debuts, with Pedersen and Sagstrom two of Sorenstam’s four picks.

The other wildcards — Anna Nordqvist and Caroline Masson — will be making their fifth and third appearances in Europe’s colors, respectively.