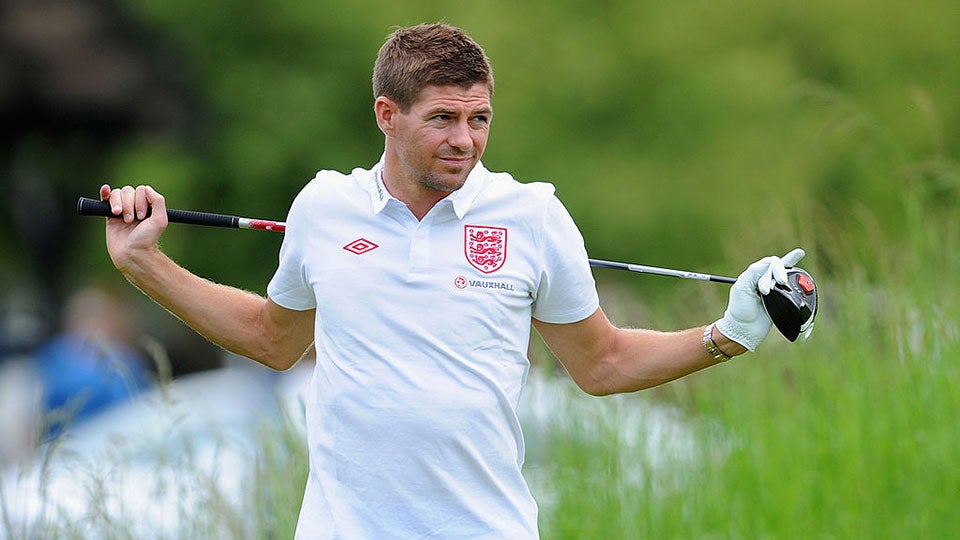 Steven Gerrard looks on during the England Vauxhall Golf Day at The Grove Hotel on May 30, 2012 in Hertford, England.
The FA/The FA via Getty Images

In the British golf world, soccer fame isn’t necessarily enough to score an in to the country’s prestigious clubs.

Steven Gerrard, a player for L.A. Galaxy and a former Liverpool captain, was reportedly denied membership to the Hillside Golf Club because of a public fight that played out in August 2013. The Mirror reports that despite his being recommended by Kenny Dalglish and Alan Hansen, the club’s committee voted to reject Gerrard based on his off-field behavior.

“But bosses reviewed his application and allegedly turned it down over fear it would bring ‘shame’ on its reputation,” The Sun writes. Footage of the brawl, which took place on a Liverpool street, surfaced recently when someone sold the video to The Sun — and it was apparently after watching the tape that the committee’s decision was made.