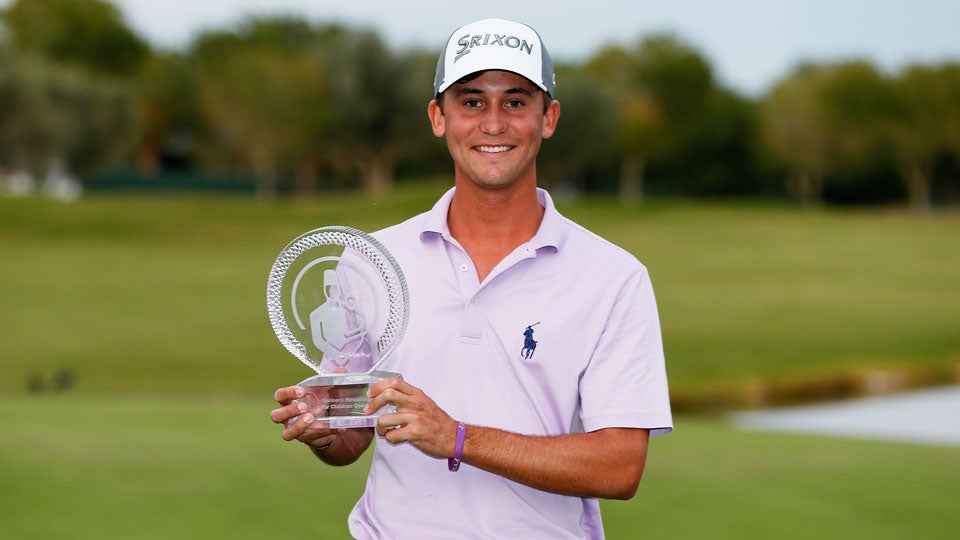 Smylie Kaufman was nowhere near a Tour victory when he walked off the course Saturday evening at the Shriner’s Hospitals for Children Open. By end of day Sunday, however, he was a champion. As the numbers go to tell, his comeback was historic.

How Kaufman played his final 28 holes. After making double bogey on the 7th hole in his third round, Kaufman was 1-under and 11 shots back of the leaders. On those final 28 holes Kaufman didn’t drop a shot as he had an eagle, 13 birdies and 14 pars. On those 28 holes he amassed 26 greens-in-regulation, needing just 41 putts to finish.

Kaufman’s final round 61 is the lowest finish on the PGA Tour by a winner since Tommy Gainey closed the 2012 McGladrey Classic with a 60. Since 1970, Sunday was the 34th time that a winner has shot 61 in any round. 60 has been recorded eight times and 59 three times. Kaufman’s 61 also matched the lowest final round at the Shriners (Tag Ridings/2004, Davis Love III/2001/R5). His 61 equals the mark set by Ryan Moore in 2012 as the lowest round by a winner. Making his victory even more impressive was Kaufman’s second round, in which he carded a 72 making him the first player to win the Shriners without being under par in every round since Greg Norman in 1986. Number of Tour events that Kaufman had played before winning. Just last week, Emiliano Grillo set the pace having made just seven starts before winning the Frys.com Open. Kaufman bested him by owning just four previous starts to his name. That makes the 2016 PGA Tour season two for two in terms of rookie winners. The last time consecutive events were won by rookies on the PGA Tour was 2011, when Charl Schwartzel (was his first year as a PGA Tour member) won the Masters and Brendan Steele won the Valero Texas Open.