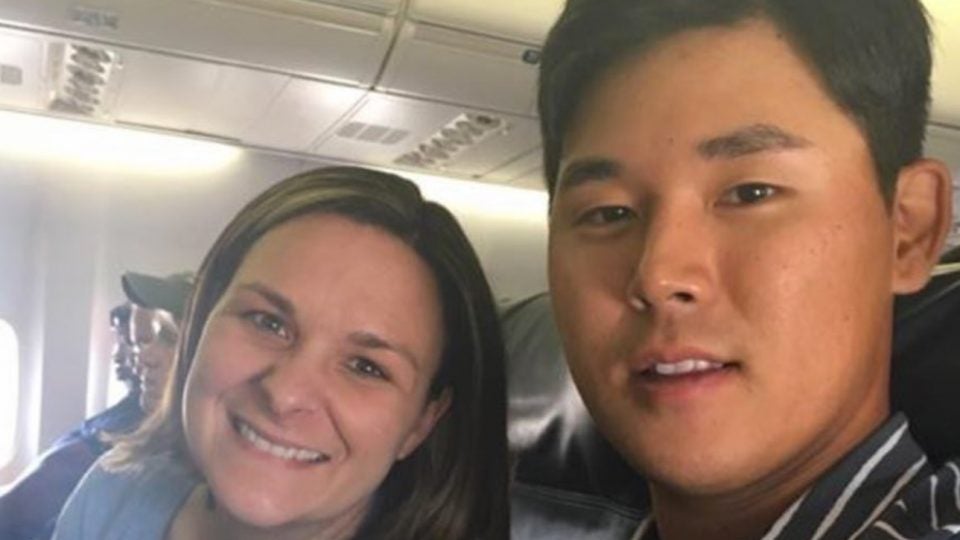 With the biggest purse in golf, the Players Championship awards its winner nearly $2 million in earnings. It does not, however, award the champ a flight home, so Si Woo Kim took his usual seat on his Monday morning flight…in coach.

Just hours after winning the biggest tournament of his life, Kim was sitting comfortably in row 30 on his flight to Atlanta, and in the middle seat, no less. Kim kindly posed for a photo with the folks lucky enough to be seated next to him. Odds are he won’t be flying coach too much longer. Check out the photo below.

In completely unrelated news… how does one travel after winning @THEPLAYERSChamp ? How about Row 30, middle seat? (H/t @bonnieupright ) pic.twitter.com/L8ndl1NyAR