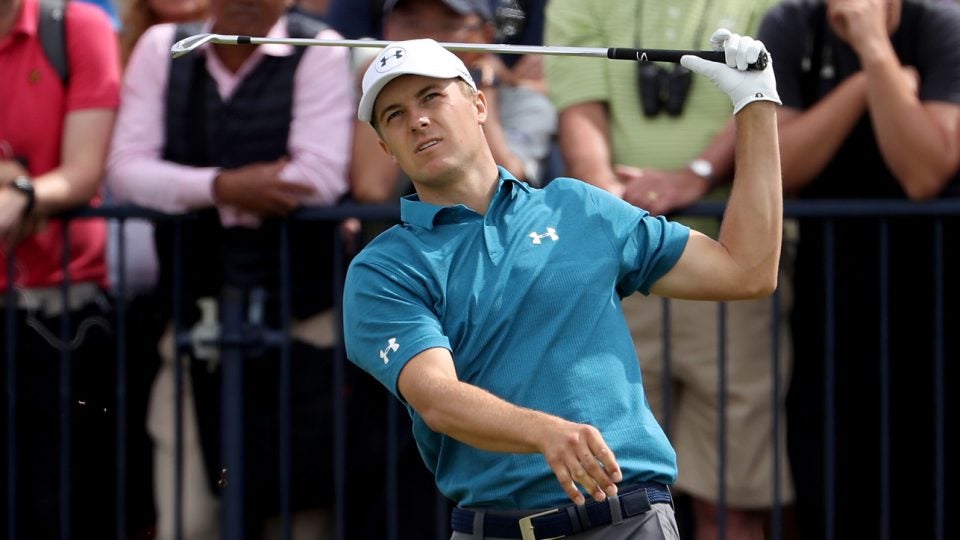 Jordan Spieth struggled mightily early in the final round of the 2017 British Open.
Getty Images

Jordan Spieth bogeyed three of his first four holes in the final round of the 2017 Open Championship, and it felt like the entire golf world took to Twitter to collectively cringe.

Spieth started the day with a three-shot lead over Matt Kuchar in what looked like a head-to-head showdown for the claret jug. But Spieth came out looking shaky. He bogeyed the 1st, and followed it up with two more bogeys at 3 and 4, surrendering a share of the lead to Kuchar.

Numerous pros and fans alike announced their shock and dismay on Twitter.

Didn’t see this start coming. Spieth one of the best front runners I’ve seen in a long time. Crowds loving some Kooch! #TheOpen

Absolutely shocked by this start from Jordan!!

How mad are Dustin Johnson and Hideki Matsuyama right now?

Time for Michael Greller to break out his “You’re Jordan F—— Spieth” speech.

One more bogey and Johnny might drop the c-word.

Resetting: Spieth had four bogeys in the first three rounds and has three in his first four holes already today. Three-shot lead is history.

“You’re Jordan Spieth! What the f*** are you doing?” — JP Fitzgerald, probably #TheOpen

A small number of people were not as concerned for Jordan.

Not concerned. This has happened early enough. And there’s still only one serious challenger. Spieth will rally.

Sometimes it’s not your day, but the best players frequently figure out ways to get it on track even when they don’t have their best stuff.