Shane Lowry’s Keys to Victory at the WGC-Bridgestone 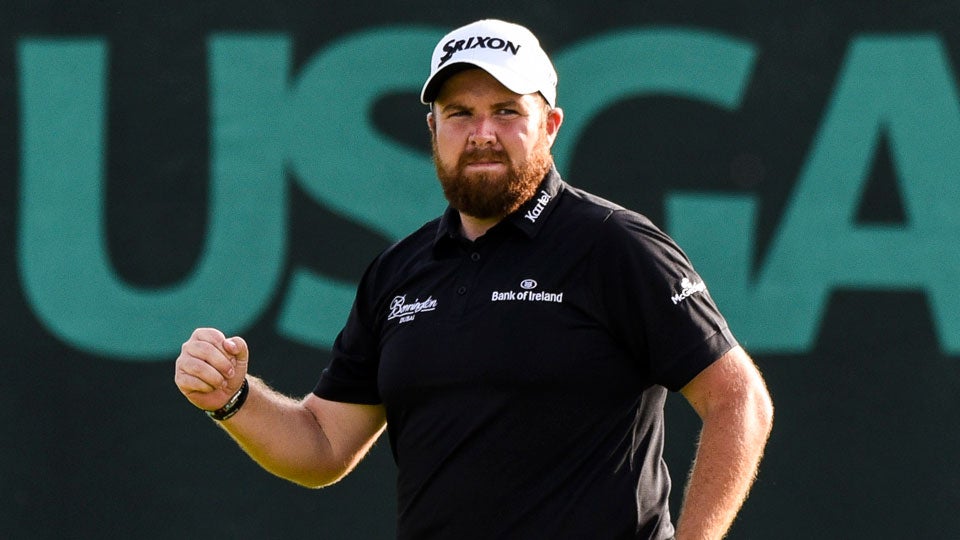 Shane Lowry watches his shot during a practice round prior to the start of the 2014 U.S. Open.
Getty Images

The Irishman fired a gutsy 66 at Firestone on Sunday to outpace a trio of major champions. Here are the numbers that made all the difference.

The rule of thumb at Firestone has always been: if you want to win, you have to hit fairways. But Lowry turned that axiom on its head this week, overcoming a host of wayward tee shots to claim his first PGA Tour victory. The 28-year old hit just 26 of 56 fairways over four rounds, ranking T-29 out of of 77 players in the field. But on the 30 fairways he missed, he made 6 bogeys, 18 pars, and 6 birdies to complete those holes at even par and eclipse Tiger Woods in 2009 (29) as the Bridgestone champ with the fewest fairways hit.

The Irishman got into the Bridgestone thanks to his No. 48 World Ranking, but he didn’t have his full-time Tour Card—which this win guarantees for the next three years—so he won’t be credited with 550 FedEx Cup points that are normally awarded to the Bridgestone winner. The WGC victory does earn him a spot at next year’s Hyundai Tournament of Champions, the Masters, the Memorial and the Players, and his new world ranking (19) will all but guarantee him a spot in the other three 2016 majors. But with just 222 FedEx cup points to his credit, he will need to earn at least 250 more at the PGA Championship or Wyndham Championship to make it into this year’s playoffs.

Lowry is just the fourth winner on Tour this year to secure a victory thanks to a bogey-free final round, joining Jimmy Walker (Sony Open), Brooks Koepka (Waste Management Phoenix Open) and Justin Rose (Zurich Classic of New Orleans.)

Lowry’s victory adds Ireland to the list of country’s that have produced winners of the four WGC events, joining the U.S. (34), Australia (6), Northern Ireland (4), England (4), South Africa (2), Germany, Italy, Fiji, Canada, and Sweden with one apiece.

Firestone has hosted 61 PGA Tour events since 1954, including the Rubber City Open, the American Golf Classic, two PGA Championships, the NEC World Series of Golf and the WGC-Bridgestone. Through all those tournaments, only five players have managed to claim their first Tour win at Firestone: Tom Newport (1959), Jerry Heard (1961), Nick Price (1983), Jose Maria Olazabal (1990) and Shane Lowry (2015.)